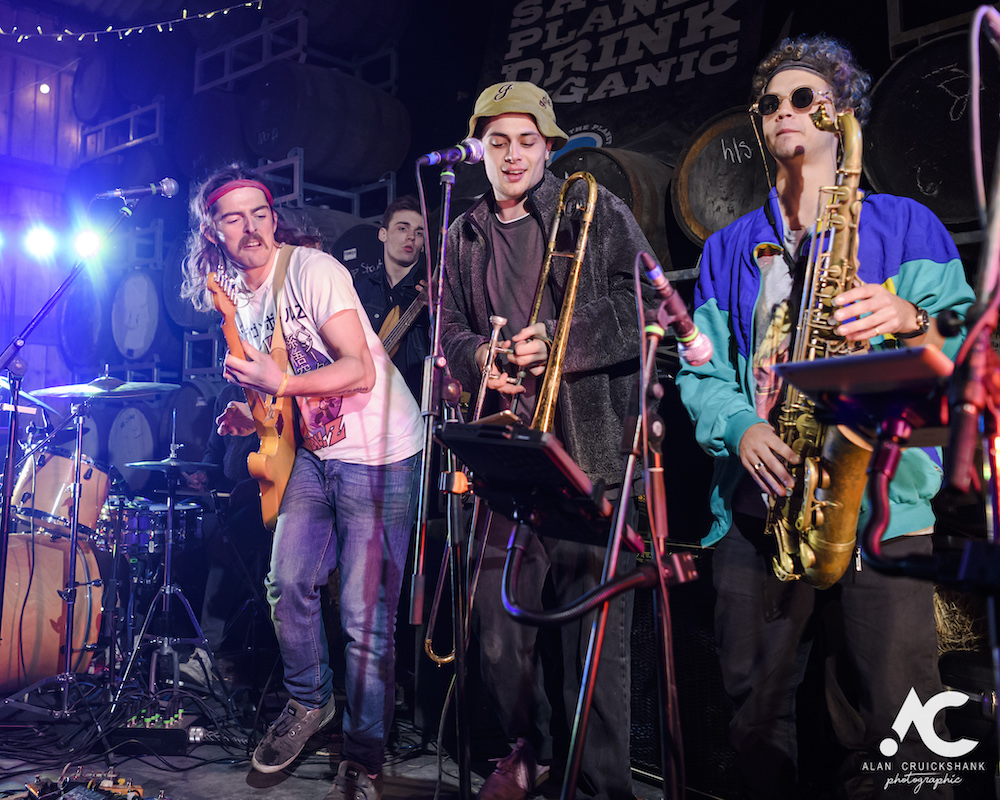 We had a great time at Jocktoberfest on Saturday where there was great music, food and drink to celebrate the end of summer! We had amazing sets from The Malts, Lucille, The Dihydro, Emma Mitchell, Carmen Eliza, The Vandal and more!

The Malts started us off on the Dutch Barn Stage with their mix of classic rock with a hint of their own unique sound added. Showing their rock star attitude and their bold, dynamic song-writing skills, they were the perfect choice to get the festival into the swing of things!

On the Hayloft Stage we had the very talented Emma Mitchell. It’s really hard to put Emma in one musical box, she’s just so diverse both vocally and playing style so if you ever go to one of her shows, there will always going to be one song that you will love.

I also caught some of Lucille’s set, which was full of friendly banter with the crowd and a show full of songs that make you want to get up and move. Their music remind of a of the punk rock genre, very energetic and fun. Their last song “Nothing Comes For Free”, which is going to also be their next single release was the perfect way to end their show.

I then popped over to the Hayloft Stage again to watch Susanna Wolfe, her voice reminded me a lot of Lita Ford but with a 12 string guitar and more country inclined. Her songs were very catchy, especially “I kinda like it that way”, which had me humming to myself to the rest of the day, it was then followed by a passionate and emotive “Baby, Don’t Be Blue”. I will definitely be catching her next show.

I was also keen to see Carmen Eliza as this was her first solo debut and she was absolutely fantastic! She started with original song Safety, which was chilled out, a perfect acoustic song to sit and have a few drinks with a friends. I look forward to hearing more from Carmen’s and will be keeping an eye out for other shows.

Next, we had Square Eyes, a new rock/metal three piece band who sound, despite having no bass, so full and powerful, you certainly couldn’t tell. They have their own unique sound and can hear so many of their influences coming through, especially in their song “Didn’t Think So”, which was stuck in my head for the rest of the day. Tight, dynamic and giving off an electric atmosphere, they are the ones to watch.

The Dihydro were definitely one of my favourite acts of the day, even though I only managed to catch their last two songs. Even though they were only a two piece, they didn’t lack anything you would get from a full band, giving us a grungy, heavy and exhilarating show.

Sophia Bonadea was something completely different from The Dihydro, especially with her stage presence of sitting in a rocking chair! Her set was very chilled out and relaxed, my favourite in particular was called “looking for America” which was due to her smooth acoustic playing and elegant vocal melodies.

Another favourite of the night was Be Like Pablo, which due to the bright keys and ska punk vibe they had. They had a memorable riffs that were upbeat and easy to sing along to which was perfect for the massive crowd gathering. They ended with song “Julia” which was a fantastic close, which resulted in everyone dancing, singing and overall having a great time.

Crowd-pleasers, The Vandal, were absolutely brilliant. A breath of fresh air when surrounded by rock, indie and acoustic bands, The Vandal’s hip hop energy and recognisable beats had the audience bouncing. The bands connection with the crowd was astounding, hyping everyone up, generally having an all-round good time.

Finally, I caught Tom McGuire and the Brassholes who I was particularly looking forward to and they certainly did not disappoint! (see photos here) The band have a very unique sound, with a mixture of electronic, funk, and indie all rolled into one individual sound and I could’ve stayed all night watching them play.

WHAT HAVE YOU MISSED?  All our other Jocktoberfest content can be found here. 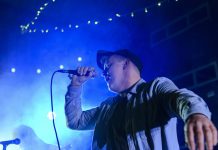 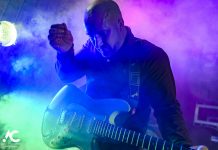 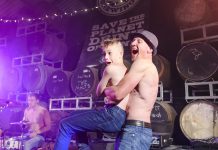 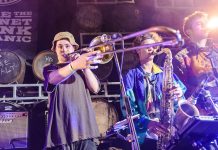 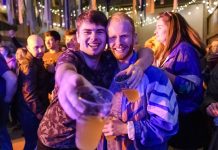 Folk at The Fest Jocktoberfest 2019, – Images 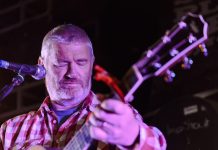