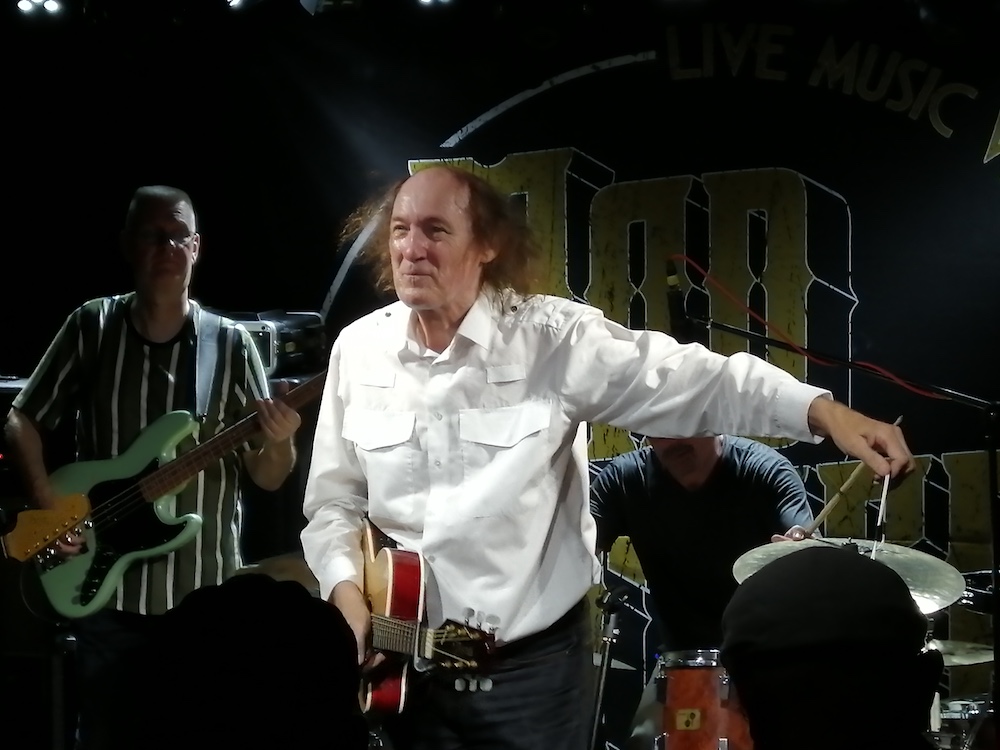 John Otway and The Big Band at Mad Hatters, Inverness.

We live in divisive times; Boris, Brexit, Trump, pick a side, stick with it. Then there is Mr John Otway, even more division. If he were a sandwich spread he would be Marmite.

Tonight, whilst there are a handful of folk that have not had the Otway experience, it is a partisan crowd so much so that almost half of the audience are touring with John on his first ever excursion with the band to Scotland.

Otway T-shirts from over the ages are proudly worn and as the band mingle with the audience before the gig, there is a feeling of camaraderie, a union, a coming together.

It’s hot and sweaty by the time the beer is loaded onto the stage and John takes the stage with a coat on, however it would be mid set by the time that his shirt is bust open in dramatic fashion.

Throughout the night we are reminded of the sheer magnificence that we are being allowed to witness. He’s had multiple (2) chart successes , beat the likes of Bob Dylan and Paul Simon as the nation’s seventh favourite lyric of all-time and the band has even been together for 26 years, longer than The Beatles, don’t you know.

There are no straight lines for John and his band; punk follows love ballads follows disco… It has , at times , sincerity whilst also being very much tongue in cheek. It is also relentless. The set may only be just over an hour, the audience laugh, sing and banter on cue (kudos to the people throwing Weetabix on stage at the right time during his top 200 single, ‘Delilah’).

As Otway sings; “I don’t know what I’m doing, but I shouldn’t be doing this” it clearly applies to himself but perhaps also the audience, such is the guilty pleasure that is John Otway.