Ahead of the 100th Glachbeg folk club, Bob Bull chats to IGigs.

9 years, 99 folk clubs, umpteen Belladrums and all the other bits and pieces that  the Bull family do to help cultivate and celebrate the local music scene. So as they come to a big celebration we wanted to ask Bob a few questions.

What motivated you to start the club, and do you have any particular memories of the early days?

We always wanted the building to be used for things that contributed to the local culture , and it felt like a good place for musical performance . Robin Bell told us that there were a lack of places where musicians could perform to people who wanted to listen . A conversation with Clare Campbell (Abagail Grey) led to her offering to play , and that was how it all begun .

How do you feel folk club has developed over the years?

We were pleased to see the regulars , but then we begun to see people who were not known on the local scenes, who brought with them amazing talent . We often see entirely new people who come for the open mic . Our curation of the Free Range Stage at Belladrum has certainly increased our reputation . It is also good to see people who are not performers turning up and telling us how they enjoy the quality of music they get to hear .

The folk club has seen quite a few young performers take to the stage for the first time, how do you feel about the opportunity that you give to acts to move forward?

Our belief in Glachbeg is that it can provide opportunities for people to do things that make them feel good about themselves , so the folk club is one of those things .We believe in life long learning and if we can give young performers a chance to learn their craft in our safe place where everyone understands that.

Over the hundred sessions that you have hosted, which three sets particularly stand out and why?

I would never single out performers , as people have different tastes , and we have had snapshots of many people who have just “blown us away”. I confess that Reg Meuross as a professional musician up amongst the elite of singer songwriters was a personal highlight . We will always be grateful for those who held it all together in the early years

Who would be on your fantasy line-up for the sessions?

To our knowledge you have never performed at the sessions, if you were to, what song would you sing and who would be in your band?

How easy was it to select the acts to play the 100th event?

Tricky as we wanted to invite people who have been with us over the years . We don’t want to leave out those who have been around recently , so we added in some open mic time too .

The event is on from 12 MD to 5 ‘ish’ on the 26th of October 2019 and is free entry , but donations are welcomed to SANDS Lothian (stillbirth and neonatal death society). Tea, coffee and cakes will be available.

Full details of the event can be found here.

If you want to keep track of acoustic events in the area check our IGigs acoustic Facebook page. 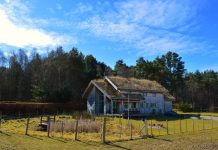 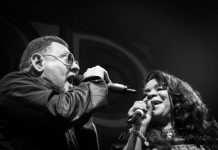