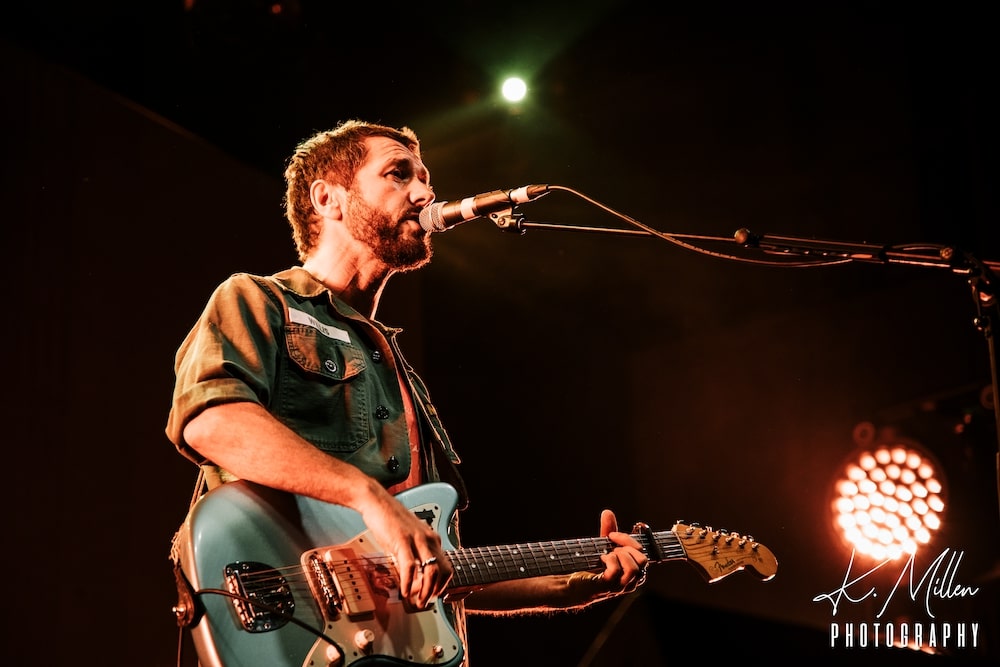 Feeder, with support from Silver Coast, at Ironworks, Inverness.

With well over half the crowd arriving early, Silver Coast received a warm welcome as they filled what is becoming their customary support slot for Feeder. The mercurial Silver Coast have had a couple of changes since I caught them last with the addition of Kyle and Ally and this has made quite a difference with a more direct approach and less of the long intros that dogged them in their early years. Silver Coast are firmly on the up again and this dynamism, coupled with the levity of Ally Mackintosh, strip the serious side of the band away and lets the pent up energy, and those guitars, loose. Heading back in the right direction they held the crowd which is no mean feat when there is a growing anticipation for the headliner. Feeder enjoy playing Scotland, they said so. It’s easy to say but it’s also easy to see when a band are or aren’t, and Feeder certainly were. A respectful audience was assembled in the Ironworks, there was no yapping in the crowd, at least where I was standing, and this coupled with an excellent sound set up, in particular the clarity of Grant Nicholas’s vocal, set up a night which saw their new album Tallulah introduced to Inverness. Interspersed with the standards and the hits, and a visual backdrop this was a thoroughly professional set up. The tracks from Tallulah were well received from the trademark guitar of ‘Youth’ through the raw tribal power of ‘Kyoto’ to the trippy and psychedelically edged ‘Kite’. As the lights came up and the crowd slowly shuffled out it gave a moment to reflect on just how good, and important, a venue the Ironworks is for Inverness and the surrounding area. Tonight Inverness welcomed, and it was a warm welcome, a top band who clearly enjoyed being on that stage. It also gave the opportunity for a group of local lads to open for a band they highly admire. Without this Inverness would be a whole lot poorer.

More photos of Feeder at The Ironworks.