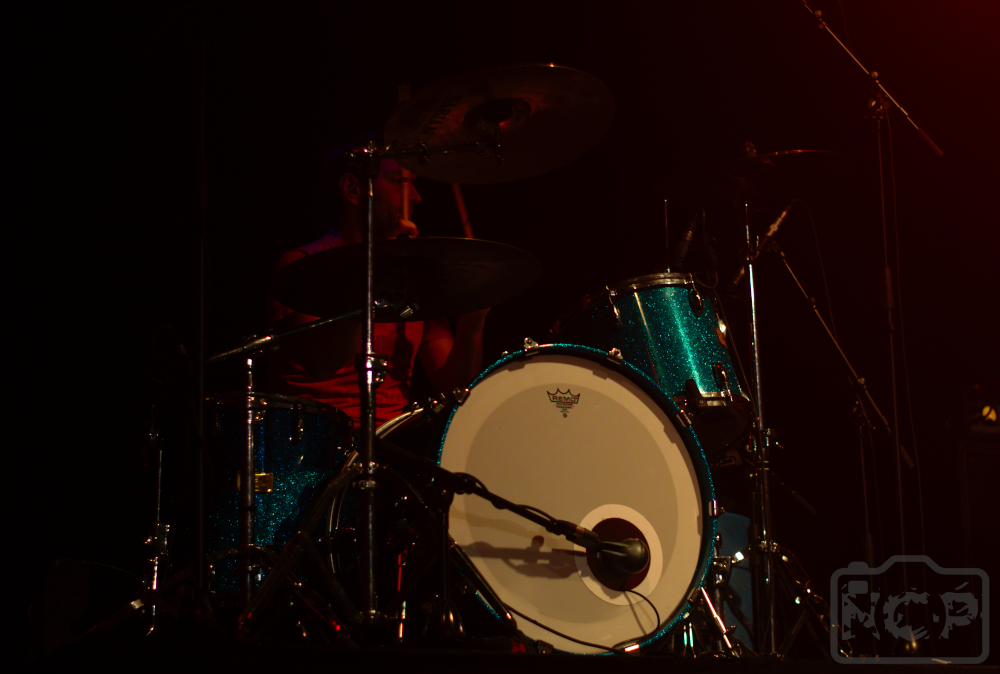 Idlewild at the Ironworks

I’m sure there’s a point in any band’s life where the members stand back and wonder whether there is really any point in continuing. Record sales aren’t what they once were and audience numbers steadily begin to dwindle. Worse still, you find yourself languishing mid way up down the bill of a nostalgia fest.

Sandwiched between a band that had a handful of hits in the early nineties and another one who had that one song that everyone knows but the rest of their back catalogue continues to be a mystery.

That’s impression I get when I watch frontman Roddy Woomble on stage tonight. He gives off the air of a man who in all honesty would rather be anywhere else other than singing to fans in Inverness. Idlewild perhaps aren’t the draw they once were and tonight in particular is far from being a full house. It’s not helped by his insistence on standing side on to the audience meaning he has his back to a large section of us for substantial parts of the set.

As he ambles off to the side of the stage during each and every instrumental break I get the distinct feeling he’d quite like to keep walking and head off back to the hotel. I mean at least take your hands out of your pockets once in a while. From seeing them before I know this is generally how he conducts business, but this evening there was an additional aura of ‘I really can’t be arsed with this’.

It’s lacklustre. I honestly consider going home, because quite frankly if he can’t be arsed then neither can I. But, as he is keen to point out to the audience member who calls out ‘Roddy!’ every five seconds, Idlewild are the sum of its parts and he’s not the sole member of the group. The rest of the band drag the gig from what could be a grudging trawl through their back catalogue to what does eventually turn out to be a decent enough gig. Guitarists Rod Jones and Allan Stewart put everything into their performance and play like men possessed. There’s nothing worse than seeing a huddle of static figures grouped together on stage playing lip service to their music, fortunately if there’s energy to be found, it’s with these two.

They open with ‘Dream Variations’ from their most recent album Interview Music which was released earlier this year. It’s the first of a handful of songs from the new album played tonight. ‘Same Things Twice’ is an energetic piece of music whilst ‘I Almost Didn’t Notice’ is a more thoughtful tune that the band are equally well known for. ‘There’s a Place for Everything’ where Woomble seemingly muses on how easy it is to be sucked into introspection, is an upbeat tune that apparently matches the frontman’s mood as he ambles around the stage.

In fairness he does say that he’s finding it hard to keep up, this is their sixth gig in a row and he wryly comments that he’s hoarse and old. Finishing off with ‘In Remote Part/Scottish Fiction’ is met with a little exasperation from some in the audience who felt it should have been something a little more up beat. But the jam during ‘Scottish Fiction’ is fiery enough and at the very least leaves a few ears ringing at the end of the night.

The band have a long history playing up in the Highlands with their first gig being in Blue – ‘that was a weird gig’ – before going on to playing in the Ironworks, Belladrum and Loopallu over the years. This one isn’t going to go down as a classic though. A decent, if flawed, performance.