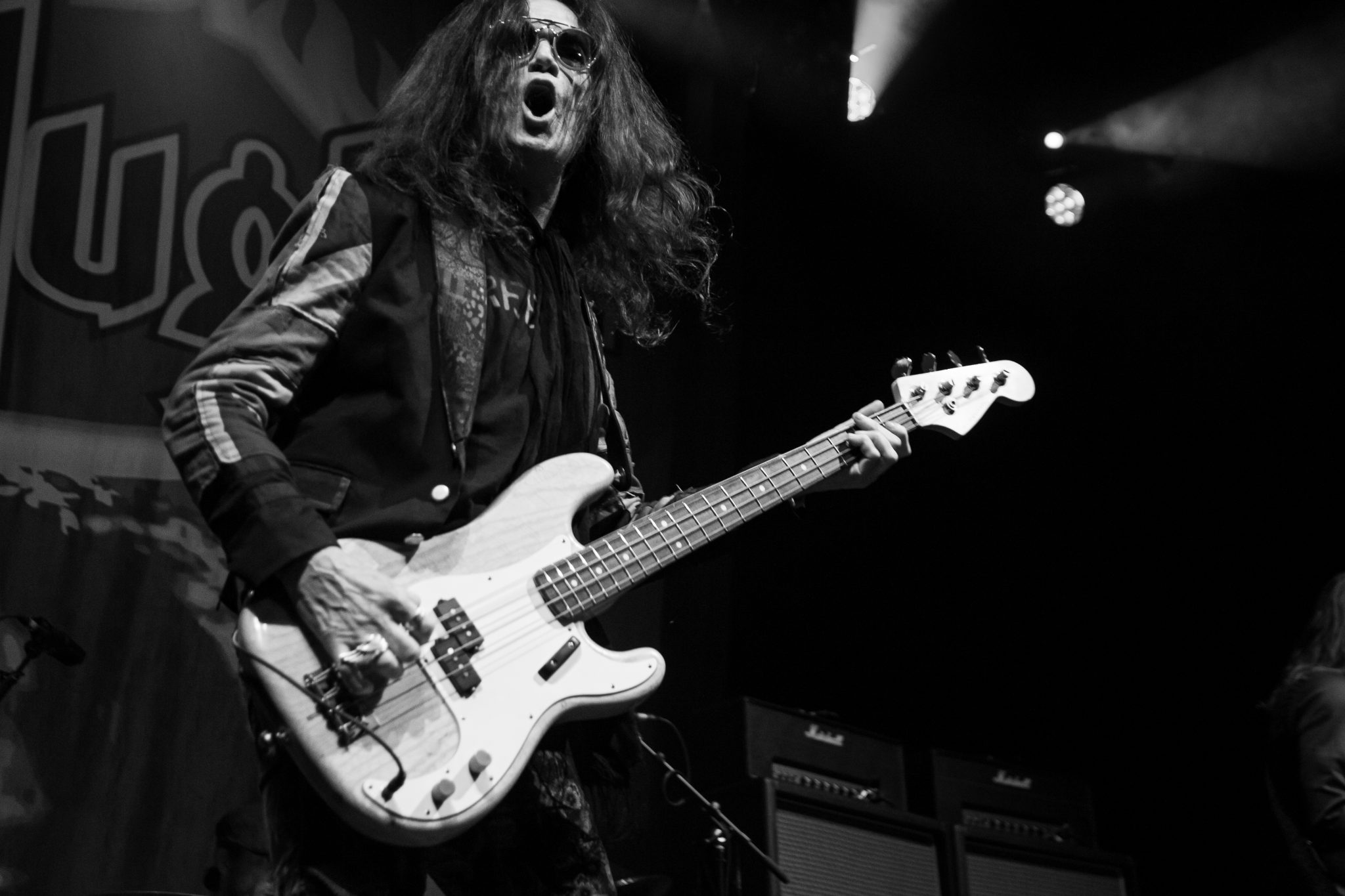 Glenn Hughes with support from Piston at The Ironworks, Inverness

I’m always keen to catch the support act at any gig I go to and tonight is no exception. Piston are another act making a name for themselves on the New Wave of Classic Rock scene (NWOCR for acronym fans). They follow on in a similar vein from the acts that visited the Ironworks last week for Monsterfest and quickly prove why they’ve been chosen as the tour support. They’ve got the riffs, big hair and hooks to please any die-hard rock fan and a definite crowd-pleaser . I suspect and hope we’ll see them bothering venues in the Highlands again soon.

The main act is going to take some beating and Hughes has a fascinating back story on his side. The bassist and singer is a compelling frontman and spends a reasonable amount of the set reminiscing. And then there’s those pipes… You’ll be hard pushed to find a better rock vocalist anywhere and he’s surely one of the best to grace the Ironworks stage. The man can sing! His credentials are certainly impressive, having spent time in Deep Purple, Black Country Communion with Joe Bonamassa and more recently, the Dead Daisies.

As expected (and billed) this is a nostalgia-fest and he concentrates solely on Deep Purple material. There’s a touching moment as he recalls the late, great Tommy Bolin and his impact on music in the short time he was with us. Hughes reflects on his own demons noting that he can’t really remember any of the eighties, ‘Apparently I wrote a couple of albums with Tony Iommi’ he remarks with a broad grin. Fortunately a spell in rehab and a return to sobriety in the nineties has left us with a hale and very hearty Hughes. Clean living agrees with him and I’m hard pushed to think of a vocalist of any age that matches his vocal abilities. His vocals soar across four octaves and it’s a testament to the time that he has spent looking after that particular instrument. According to interviews he spends up to 45 minutes a day just warming up and can occasionally reach as far as five octaves.

Opening with ‘Stormbringer’ it’s a breathless set with all the tropes you’d expect from a classic rock show. Extended guitar solos, vocal acrobatics, keyboard solos and one of the longest drum solos I’ve ever seen… I don’t think there was much change out of ten minutes with that one. The highlight for every long-suffering guitar tutor and music shop employee must surely have been ‘Smoke on the Water’, it might be the simplest of riffs but it’s an absolute classic.

On a number of occasions songs break down into medleys, ‘Smoke on The Water’ segues into ‘Georgia on My Mind’ and ‘You Fool No-one’ into ‘High Ball Shooter’ and then that drum solo. They end the night with ‘Burn’ before properly finishing us all of with a rollicking version of ‘Highway Star’ which brings the house down.

Throughout the frontman is at pains to say how much he appreciates the support and how much he owes the fans. Love and acceptance certainly seems to be the order of the evening and it feels genuine and heartfelt. A night to remember for the fans and a genuine pleasure to review.