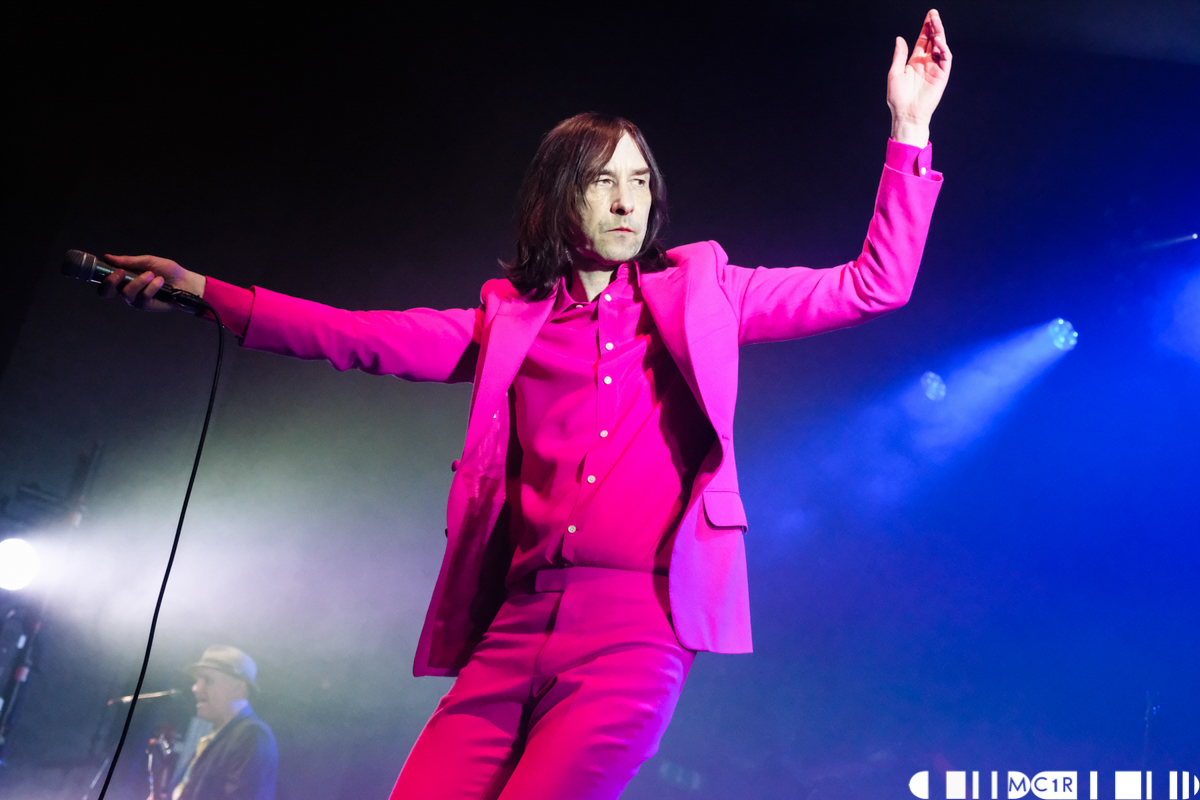 Primal Scream, with support from The Illicits at The Ironworks, Inverness.

Primal Scream brought their Maximum Rock ‘n’ Roll tour to the Ironworks at the end of a miserable week (that’s a weather reference by the way). First up were Lancashire’s The Illicits. Signed to Alan McGee’s Creation 23 label they had a banner shoddily strung up on the stage, a bit like those you find at festivals acting as a makeshift signpost for drunken mates to know they’ve found the right tent after a day on the lash. But that was where the amateurism ended. They are a solid foursome, with a sound that you will likely hear gracing a stage at TRNSMT in the near future. With an air of attitude and Adidas, and a sound that lends itself to the ears of fans of Oasis and Sam Fender, it covers a couple of music generations without sounding old hat. Current single ‘Left Behind’ has the drive and energy while their take on Underworld’s ‘Born Slippy’ is sufficiently different, yet familiar, and gives them a solid cover from which to be measured. You’ll be hearing a lot more of these guys in 2020.

The Ironworks had been a welcome sell out for a number of weeks for Primal Scream, and the level of anticipation rose when the lights dimmed and The Clash’s ‘London Calling’ struck.. Bobby Gillespie arrives on stage with a fuchsia suit, which only he could pull off, and took centre stage. This is maximum rock ‘n’ roll and the trademark guitar of Andrew Innes and the driving bass of Simone Butler ensure that the bad have more front of stage presence than just Bobby Gillespie. But it’s Bobby that leads in a beguiling manner, especially in the early part of the set where he orchestrates the crowd with the minimum of vocal encouragement. There does appear to be a split in the crowd between those that know the full compendium of their works and those that know the hits, which to be fair is fairly common. For all of Bobby’s ability to conduct the audience with a mere lifting and pointing of a microphone towards them, he did take time out to comment on the Election result. Bobby is left-leaning and his words were not complimentary towards Boris Johnson but were warmly received in the room. This led him to a song for Jacobites everywhere ‘(I’m Gonna) Cry Myself Blind’. This momentarily dipped the pace but it quickly upped again as the formula of bringing the crowd into songs continued that feeling of togetherness.

As the set was moving towards the latter stages, that feeling of togetherness took a turn for the worse. A small stramash had broken out near the front centre just below the stage. Although the incident appeared relatively minor (and I’m certainly not condoning it) the result left a member of security with what appeared to be a broken leg. The injury appearing to be an indirect consequence of the incident. The show had to be held up for around 20 minutes while the steward received treatment. Bobby had words for the pair involved in the original altercation and ultimately asked them to kiss and make up, commenting that violence was never the answer. An ambulance was called and the unfortunate member of security was safely taken away for medical attention.

The band did reappear and picked up from where they left off in what could be described as an encore rather than a planned set end. The energy was regained and the crowd came together again. ‘Country Girl’ become ‘Highland’ Girl for the night and the night rocked itself to a later than planned finish. They were warmly applauded off stage as they worked that last ounce of energy out of “Rocks”.

Credit tonight must go to Primal Scream and their crew for the way they handled a tricky and difficult situation. Also the professionalism of the Ironworks staff, the security staff and the emergency services should also be noted too. That was potentially one of the gigs of the year which was thankfully saved by the actions of the above. 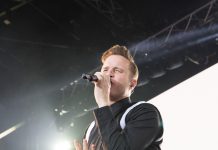