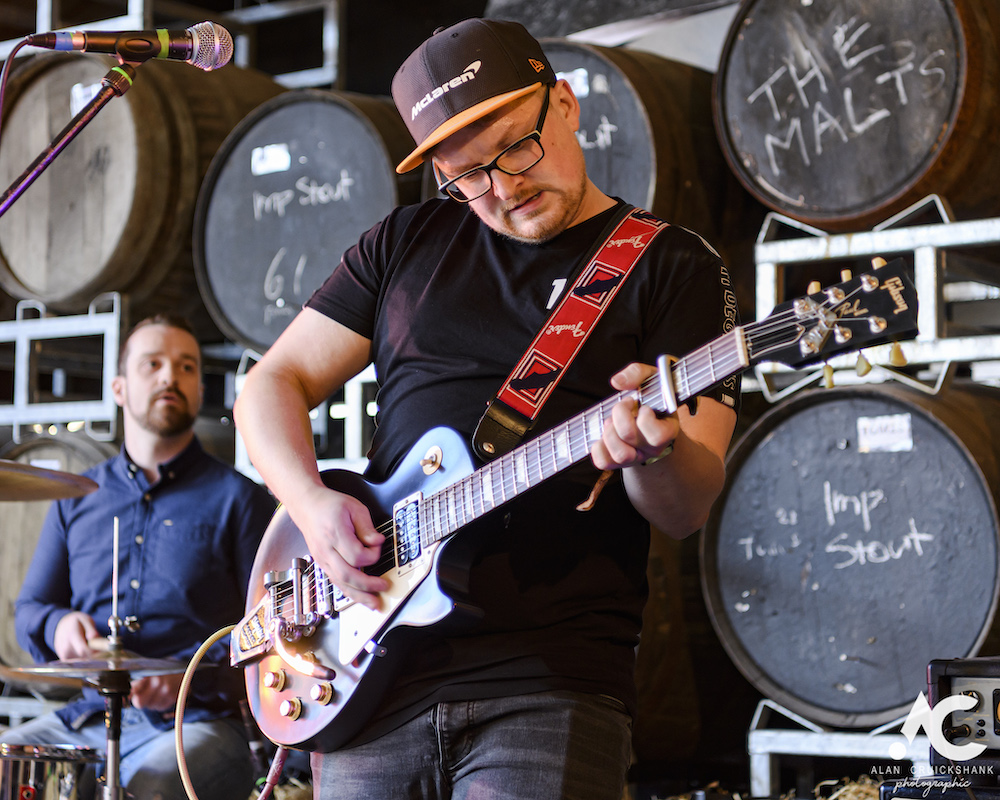 Ahead of their gig at Mad Hatters in January, Lucille chats to IGigs.

Where do you find your inspiration for the music of Lucille and how has this developed over the years?

Without wanting to sound pretentious, midway through last year Lucille made a very conscious decision that we were going to halt the brakes on gigging to allow us to really home in on our sound and the direction we wanted the music to go in. For our first 2 years as Lucille,if we are being honest, we were very much a continuation of the groundwork of Neon Knights and hadn’t grown the way we felt we should have.

The songs we kept were stripped back, given a new lease of life and a lot of songs were dropped all together. New material was gradually introduced with the goal of improving our set list, which we think was definitely the making of our new and improved sound.

With regards to our influence and inspiration we each bring our individual styles to the table which adds to the new Lucille sound. However, as our main song writer I’ve began to take influence from everyday life and can often write a song from just a word or phrase I hear on the radio or even in day to day conversation, something I previously admit was difficult to do.

“Nothing Comes for Free” is perhaps surprisingly your first release for the band, why has it taken so long for your debut to come together?

Originally we were playing a lot of old Neon Knights material, most of which we had previously recorded, so we saw no benefit to re-recording old material with my vocals thrown on top. Until the early workings of “Nothing Comes for Free” I can honestly say I don’t believe we had anything standout or single worthy to record.

The saying goes “good things come to those who wait” and I believe this song was a gift for our patience. The energy and drive of this song propelled us to write several other songs on the back of this which all feel right at home in the current set list.

The early workings of “Nothing Comes for Free” were very promising and we could sense its potential so we took our time with it and would often do live recordings of the song progress in the rehearsal studio before repeatedly listening and tweaking it at home coming back to it each rehearsal and having more and more of the song worked out. Before long the musical side of the song was complete, next came the lyrics and as I’ve said previously lyrics have not always been my strength but I was determined to do this song justice.

Weeks and weeks of scribbling notes and ideas but nothing felt right before I landed with the songs opening line “Don’t cry for wolf when your down with me” and from that point lyrics fell onto the page and the image of a relationship where the cost of love becomes greater than the reward became the subject matter. I think the lyrics are subjective to the individual but as I scrawled verses down it became clear this was very much a question and answer situation where two halves of a relationship both have and expect different things…

By the time we came to recording with Iain McLaughlin from IMOUT studios I would say the lyrics were partially incomplete and Iain and myself analysed the subject matter further and the way the lyrics were vocalised, after our first vocal session and with some words of wisdom from Iain I was tasked with finishing the song. Iain highlighted the need to make “You build me up to knock me down; you knock me down to build me back up again” the songs recurring theme and chorus to really drive home the message.

I can truly say working with Iain both as a producer and accomplished song writer helped deliver the finished article and having recently revisited one of the songs earlier demos I hope people will hear the progress of the band in such a small time frame. “Nothing Comes for Free” is definitely no reinvention of rock and roll nor a modern masterpiece but the song for us will always be the turning point in Lucille’s history and the song which shaped me as a song writer and musician.

The New Year is a great opportunity to drive the band forward what are your ambitions for 2020?

First and foremost, we want to share our new single and sound with folk and see the reaction. We hope the song gives us the power to open doors to new music venues near and far and can propel us onto the festival scene this year, then after that who knows?

What do you think are the biggest strengths and weaknesses of the Inverness scene currently?

Various rumours of venue closures certainly cannot be avoided and make the music scene anxious but we are also blessed with the prospect of new venues opening so hopefully opportunity remains for local musicians to perform. We’ve seen a bigger community spirit in the last few years with bands looking to work closely together to make  their events successful, something we have benefited from with gig swaps and sharing of musical contacts.

To summarise our biggest weakness right now is definitely the uncertainty surrounding some of our biggest and best venues but our strength in community and teamwork will prevail, we hope…

Lucille’s “Nothing comes for Free” Single Launch, with support from Danny Mortimer and Chancers, Mad Hatters, Inverness on January 31st.

Read interviews with the support acts below; 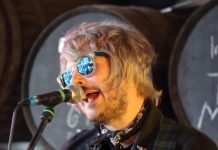