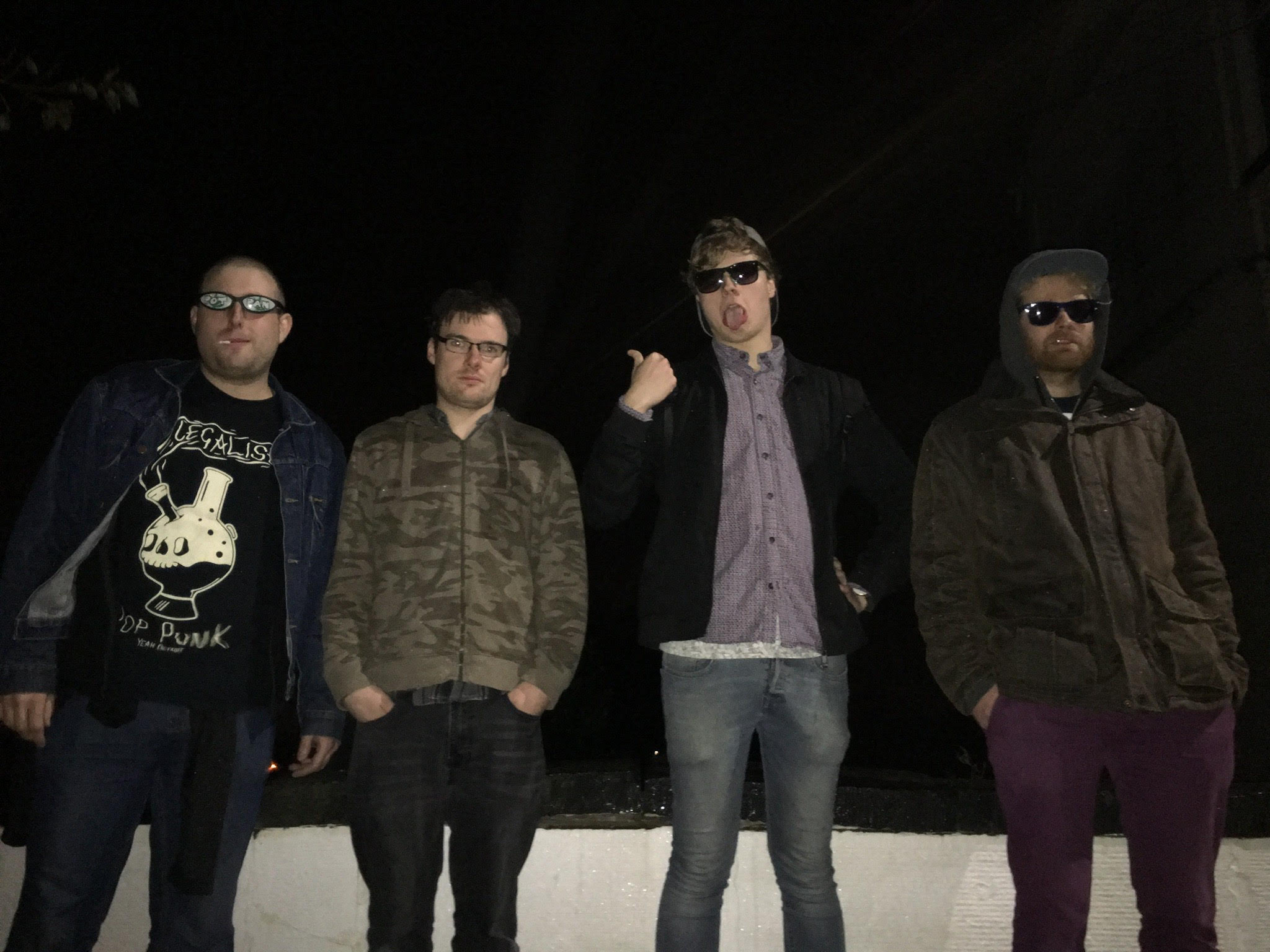 Ahead of their gig at Mad Hatters in March, Polar Bears in Purgatory chats to IGigs.

8 years of purgatory sounds like hell for some, but it seems to be helping the  Inverness based band and their brand of melodic punk thrive. With a new EP released recently and a forthcoming gig at Mad Hatters it was time to catch up with  the bears.

8 years you have been in purgatory, how do polar bears cope with that? And with a more serious slant, how do you keep yourselves motivated over the years to keep making music?

Ewan – I get motivated by being inspired by the songs the other members write, and this pushes me to try and create new music myself. I think Theo, Greig and Zach are my biggest inspiration to be honest. Greig – Music itself keeps me motivated. The joy it can bring to the listener. I love contributing and being a part of that. Theo – The Polar Bears were brought there by the Dharma Initiative for research purposes. Most are now dead, one being shot point blank with a pistol by a con artist. I struggle with motivation to get things done but I’m forever writing and playing music. It’s an instinct at this point.

Our reviewer (in 2017) described you as “Sounding a bit like a Scottish Blink 182 but without the side of mediocre Jackass-esque patter”, what did you think of the comment and how do you manage feedback in general?

E – I’m quite happy to be compared to Blink 182, they did alright for a while! And feedback is always good to hear, but I think we really make music for ourselves and if we like it then that’s really all that matters to us. G – Ewan hit the nail on the head with his answer. T – I spent my teenage years drunk playing blink 182 songs by the camp fire so I’d say this is apt.

Your EP ‘Free Amateur Surgery’ was launched on the world at the end of 2019. How has the response been to it?

E – That’s Free Amateur Surgery gone platinum now, so pretty good. We are all millionaires. G – I don’t really know to be honest. Good… I think. A couple of my friends said they liked it, they might just be saying that though. T – Feedback has been great so far. We’ve been playing the thing live for a while so the songs are already known to everyone that’s been coming out to shows and a lot of people are just appreciative these songs are finally available on Spotify and the likes.

There’s a real They Might Be Giants ,’Flood’ vibe to the EP, was that an intentional influence or just coincidental?

E – I think Greig meant this. It was Greig’s secret plan.
G – Could’ve been subconscious. I own the CD and love the band but its just an amazing coincidence really. I’d say it’s also coincidental that Theo and I went to see TMBG live the day after our first gigs as the current lineup of PBIP. T – I think you just made Greig’s year with this comparison

One song that you can claim as your own for eternity, which would it be and why?

E – I would personally choose Ever Fallen in Love with Someone You Shouldn’t’ve, because it’s instantly relatable to by everybody, as well as being a top class banger by my favourite band ever. G – I don’t think I can physically pick just one song, there are far too many to pick from for different reasons.
T – Sunshine on Leith. Just an incredible song.

Given the state of society currently, what role does punk have now?

E – I think Punk is still pretty prevalent, especially considering the global political situations we find ourselves in currently. I can see it making a comeback in a big way soon.
G – I think punk has the same role and relevance in today’s society as it always has done in the past and will continue to do so. It provides a voice to the counterculture. What I love most about punk is how inclusive it is.
T – Punk to me is daring to be different and standing up for what you believe in. I see a lot of that in today’s society. Educating yourself and trying to make a difference is pretty cool these days.

E – We are each currently writing our autobiographies, so they should be available just before the big Christmas rush.
G – There have been talks of recording an LP next but that won’t be for a while yet. I have a solo album I could plug but its terrible.
T – Ewan’s autobiography would be incredibly dull. He would read it though. We have 2 shows in Inverness coming up. March 14th with Root System and May 3rd for Outsider Art Fest at the Tooth and Claw. We also have a bunch of other shows around Scotland so follow us on Facebook/Instagram and check out Free Amateur Surgery now on Spotify or Bandcamp.