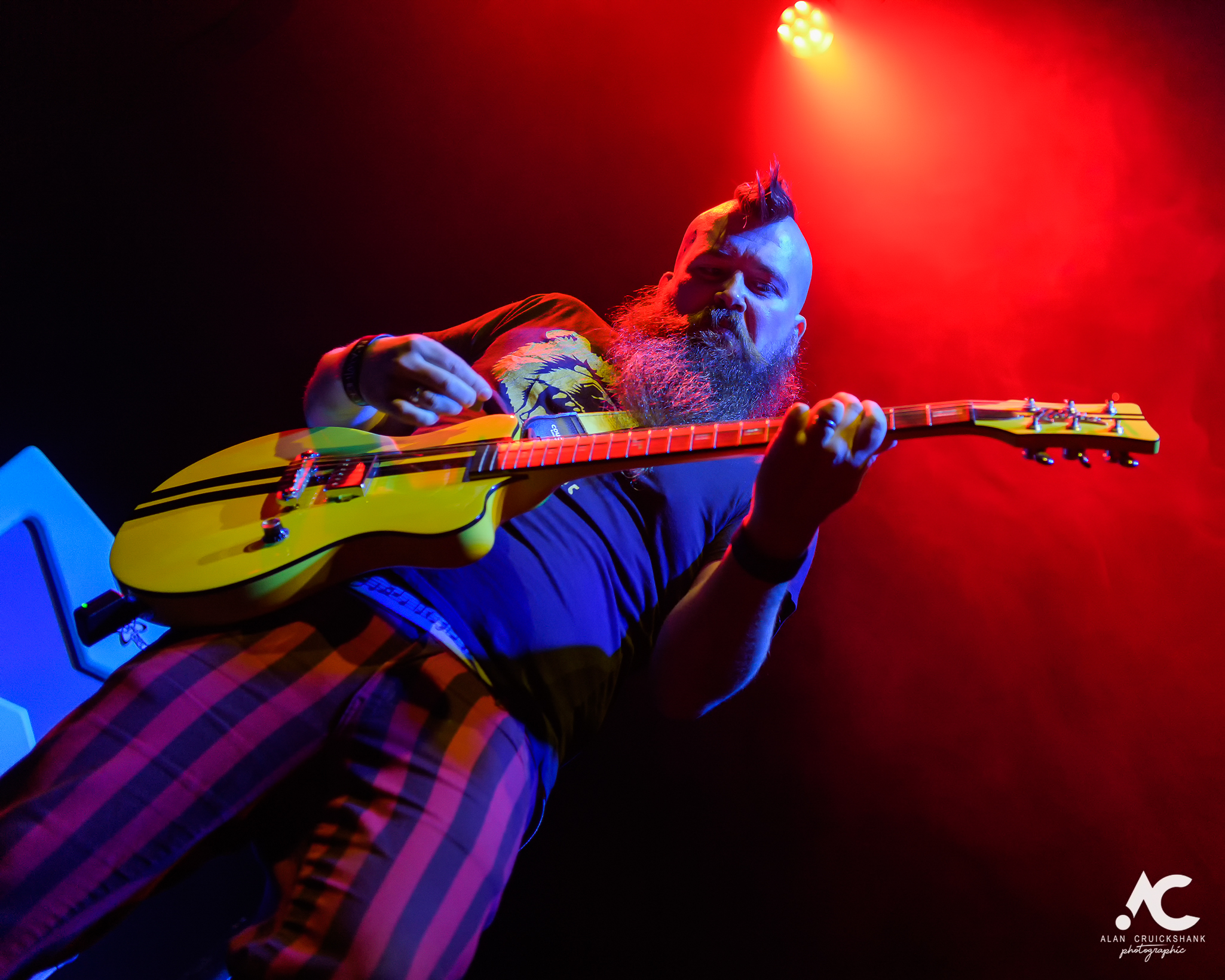 We took the opportunity to cast our ear over the new single from the Dihydro and have a catch up with Thomas Newell of the band as, well, what else do you do in a lockdown.

It was just over a year ago that The Dihydro made their debut slipping onto the opening round of a battle of the bands almost unnoticed. That was until they let loose. The Dihydro were very much unknown as a name.  As Thomas explains ‘The Dihydro came about through hours spent creating a sound and experimenting with effects and a loop machine, and then Jamie came along and all that changed!’

The Dihydro are two and both are well known faces locally: Thomas Newell (28 Jacks) and Jamie Douglas (Schnarff Schnarff, Naked Red). They breezed through the rounds and narrowly missed out in a hotly contested final. These early gigs laid the foundations for their turbocharged sets.

A fruitful first year followed and the appearances at local festivals came thick and fast, but it is only now that they are finally releasing some material with their single Codeine/Don’t Really Dance.

Codeine is pretty much signature Dihydro. It’s snarling, it’s driving, it’s relentless. It possesses all the gritty grunge of their live shows. To ensure that sweaty room feel they recorded the music in a single take. It was a risky business, but if you’ve seen their live shows that’s just the way they play it. Thomas describes the process and his feel for it ‘I wanted to record an EP that reflected what we can produce live and not spend days recording parts to make the perfect record. I like the raw quality with a bit of grit. Steve Bull did a great job and I’d highly recommend him.’

Don’t Really Dance is segued onto the end of Codeine and breaks away from the rasping vocals and moves into club mode. It’s not Ibiza sun. It’s hard, seedy and underground, and it kicks in hard. This direction was hinted at before Christmas and melded with Codeine it delivers. Thomas was able to take this further ‘I stole this riff from one of our other songs and asked Jamie for a dance beat to go with it. It’s a track that folk ask about after they see us, so we wanted to get it recorded.’

It would have been easy to have released a four track EP of the tried and tested but the Dihydro don’t operate that way, and more power to them.

It also would have been great to have said you can catch them soon but in the current climate that’s just not happening. A lot of solo acts are performing online but for bands that’s a real technical difficulty. Thomas fully understands this, and with him and Jamie both working at Raigmore Hospital they understand this even more than others. As he said ‘it’s safer for ourselves and our families to see it out at home at the moment’.

There is something that you can do for the Dihydro, other than giving their single a listen, and that’s to pop over to their Facebook page and see how you can be part of their music video for ‘Don’t Really Dance’. Come on, you know you want to!

The Dihydro single is available on all major platforms from the 8th of May.