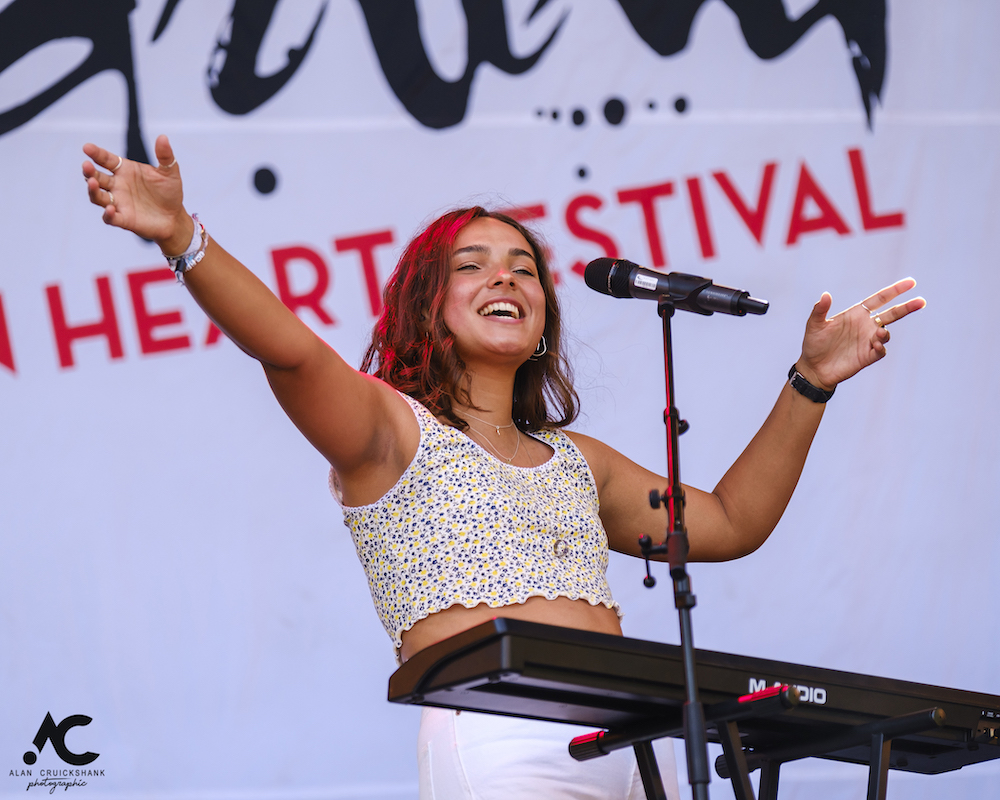 Tamzene to release new track “accidentally told you” in May, 2020.

Tamzene’s new release ‘accidentally told you – demo’ has been written and recorded in the lockdown. Tamzene is currently at home in Cromarty during the current restrictions, and like other musicians, is unable to play in front of a live audience, and do what a performer does. It has, though, not affected her creativity.

‘accidentally told you – demo’ is just that, it’s a demo. It was home recorded without the fineries of a full studio and associated sound engineers, and that is what makes it more remarkable. It stands up on its own. Tamzene does say “I make lots of home demos, but this one felt special somehow, like this version is how it’s supposed to be and should be shared. I wanted to write a classic song that didn’t try too hard to be anything anthemic, just a gesture to a moment.”

As I listened to the track, and its very particular atmosphere, I was reminded very much of the tales that were coming out on the 75th anniversary of VE Day; personal stories, these were stories that in the context of the ending of a war made them more powerful.

Tamzene in her recording captures that feel; a feel of the wartime years and those little things that matter. It has the sound of an old 78 on a radiogram or a family sitting around a wireless listening to the songs of the day. Yes, it captures a moment but it also evokes a certain nostalgia. There is also an innocence to the track, like early Disney songs, coupled with a Judy Garland singing to the troops. In that respect it edges on ‘Somewhere Over The Rainbow’ as it nods towards that bygone era. Ultimately it’s the simplicity of the song that gives it its power. It’s about the words, the warm feel and, I repeat, the simple words.

This is quite a remarkable piece of work and deserves a much bigger audience. We don’t rate by stars here, but if we did, this would be 5 stars.

“accidentally told you” will be released via normal digital platforms on the 15th of May.

Get nostalgic by checking out or 2017 interview with Tamzene;