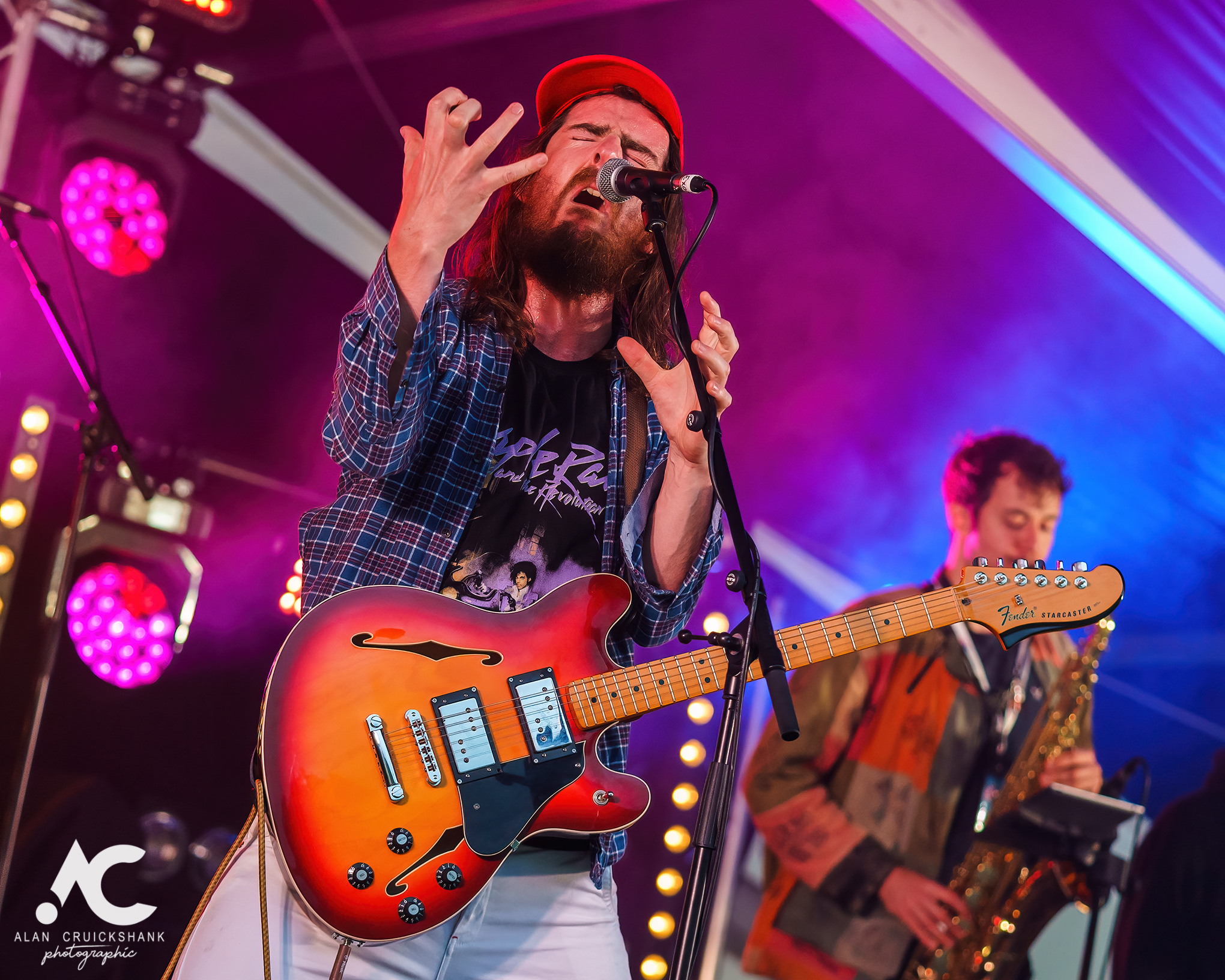 Glin were first on and consist of Ali Levack (BBC Radio Scotland Young Traditional Musician of the Year 2020) and Craig Irvine playing Scottish traditional tunes (not songs/singing) and gave a quality gentle start to the Friday.

Second up was Ciaran Cooney who is lead vocalist & guitarist with “Irish Celtic Show” but came to Capers in Cannich as a solo act, however he was joined on stage with Ali Levack and Glasgow based Benedict Morris (BBC Radio Scotland Young Traditional Musician of the Year 2019).

It was noted in (Irish traditional music magazine) as an artist they would “queue in the snow for a musical vaccine as potent as this” and I would not argue with this statement, Ciaran along with the award winning musicians played a beautiful set of Irish traditional music that had more than a few toes tapping in the crowd and raised a few smiles with his Irish craic.

Next to take the stage were Edinburgh based Wrest, I was properly scratching my head trying to think who their sound reminded me off and then the penny dropped, “Frightened Rabbit”! Investigating the band later on social media I discovered that indeed I was not the only one thinking the same. Speaking to the band after the show they mentioned this was their first live gig since February 2020! And they were delighted to be back on stage, I really enjoyed their sound and songs and they now have hopefully a packed calendar of gigs to perform from now in England, Scotland and Germany.

To end the night was the brilliant and totally up for nonsense and fun Tom McGuire & the Brassholes. What can i tell you that has not been said before about these guys? Based in Glasgow with a hugely powerful funk sound that has graced many a Scottish music festival, sometimes the brilliant and beautiful musical ability and arrangements are lost in the nonsense and fun antics but to those who listen carefully it’s there to be heard.

These guys are utterly untouchable in their live performances, Tom in particularly has astounding energy and loves interacting with an always eager audience and tonight was no different, if you have not yet experienced this whirlwind band doing their funky beautiful music and nonsense then I suggest you do something about that as soon as possible, you are missing out!. The Ginger Quiff recently has a great interview with the main man – well worth a read.)

You can but tickets for future Capers in Cannich here. (it will really help the website too) 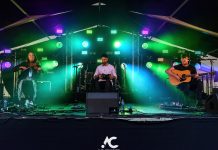