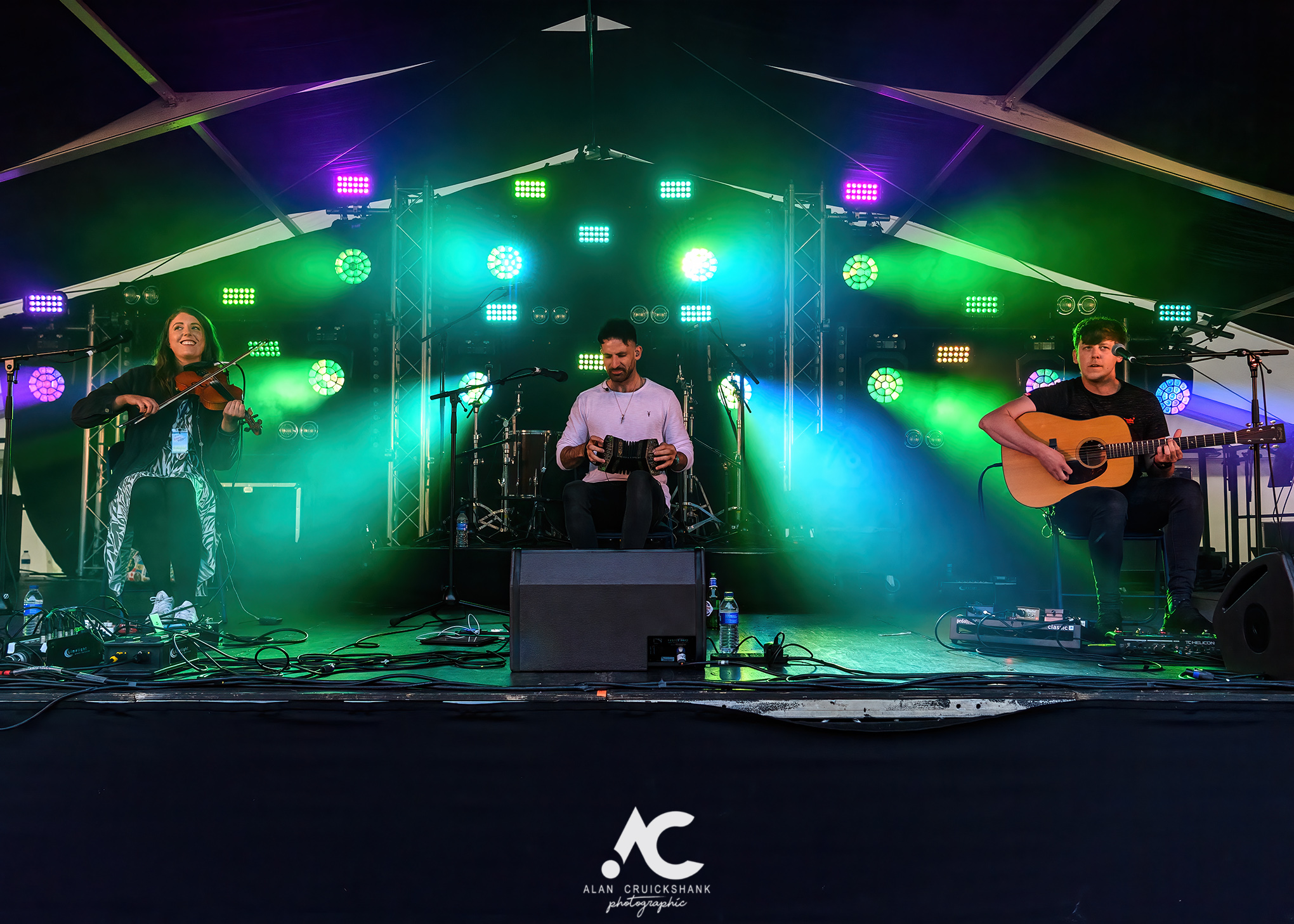 Saturday morning was a decidedly soggy start to what turned in to a cracking day of live festival music, and first on the bill and “they brought the sun albeit briefly with them” was Perth based Longstay a young band that according to their bio has an average age of just 20, not that you’d know it by the quality of their musicianship.

Longstay bring a pretty high energy quality feel to Americana/American country Rock music; you can hear elements of Johnny Cash & Willie Nelson in their repertoire and the crowd at “Capers” lapped it up. Their debut album (Calling me Home) was released to excellent acclaim in 2018 and 2019 saw them play several venues around Scotland and south of the border. 2020 was to see them debut at Tartan heart Festival but of course Covid-19 put an end to that or should I say “hopefully only on hold”, it would be great to see that play at Belladrum in 2022.

2nd up for Saturday was the brilliant Thurso based indie rockers Forgetting the Future and just like the rest of the acts that have graced the inaugural (Capers in Cannich Festival) they too have not had a live gig to enjoy in over a year.

They started the afternoon as they meant to go on with a full on rendition of “Sara Tonin” from their debut album “Broken Phones and Hormone” followed by “Towers, Alligator and their superb new single out now called “Lepricon” by now the crowd were well attuned to the phenomenal energy and sound when the band beautifully played my personal favourite “Inhaler” which had over 130k listens in one month at its release earlier this year. It was around this time that the heavens absolutely opened and monsoon levels of rain decided to park over the festival site, not that this had any effect on the properly up for it crowd, the Highland monsoon was brilliantly embraced by said crowd.

There is something I think people need to understand about Forgetting the Future these guys are genuinely the Real Deal, the band are currently being produced by legendry producer Ken Allardyce (Google him) Ken’s status in the music industry is unparalleled, he has worked with bands such as Fleetwood Mac, Weezer, Green Day, Goo Goo dolls and worked with other producers such as Jim Steinman and Nile Rodgers to name just a handful, these lads are in great hands but equally important they are their own best asset! They have a great attitude and every time I catch them play they seem to grow more and more in ability, musicality and presence, really looking forward to seeing these Thurso lads develop and grow to their full potential with Ken Allardyce giving his years of experience and knowledge to guide the band.

3rd act up and crowd favourite Cameron Barnes of ex-Red hot chilli Pipers, Cameron seemed to have brought along a loyal following with him and they decided to have a little fun to his surprise by having his face printed on to masks of which over a dozen people were wearing much to his and the bands delight!

The monsoon like downpour over Cannich had subsided to a typical Highland dreich day by the time Cameron and his band hit the stage and just like with FTF before them, the crowd came to enjoy themselves, Cameron is without doubt a great and popular performer and delivered a set that the crowd loved including a solo rendition of “Caledonia”, Cameron has a couple of sold out events coming up this year in Aberdeen and Edinburgh with no doubt many more sold out shows to come.

Final act of the night was central Scotland based multi award winning trio Talisk, Rolling Stone (aus) called them “Incredible” and Mark Radcliffe said “Extraordinary” so the expectation was high, and Talisk delivered….in spades, a truly unique folk sound like I have never heard before today, I’m not going to even try and write about Talisk and instead encourage you all to head over to YouTube and make your own minds up, they were a great trio to end what was a superb day at Capers in Cannich.

This wee festival delivered a great day despite the monsoon late afternoon and I for one am looking forward to attending at least one more of their weekends before they are finished for the year in mid-September, I very highly recommend getting yourselves tickets sooner rather than later.

What happened the night before? Check our review of the Friday night. 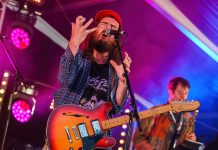