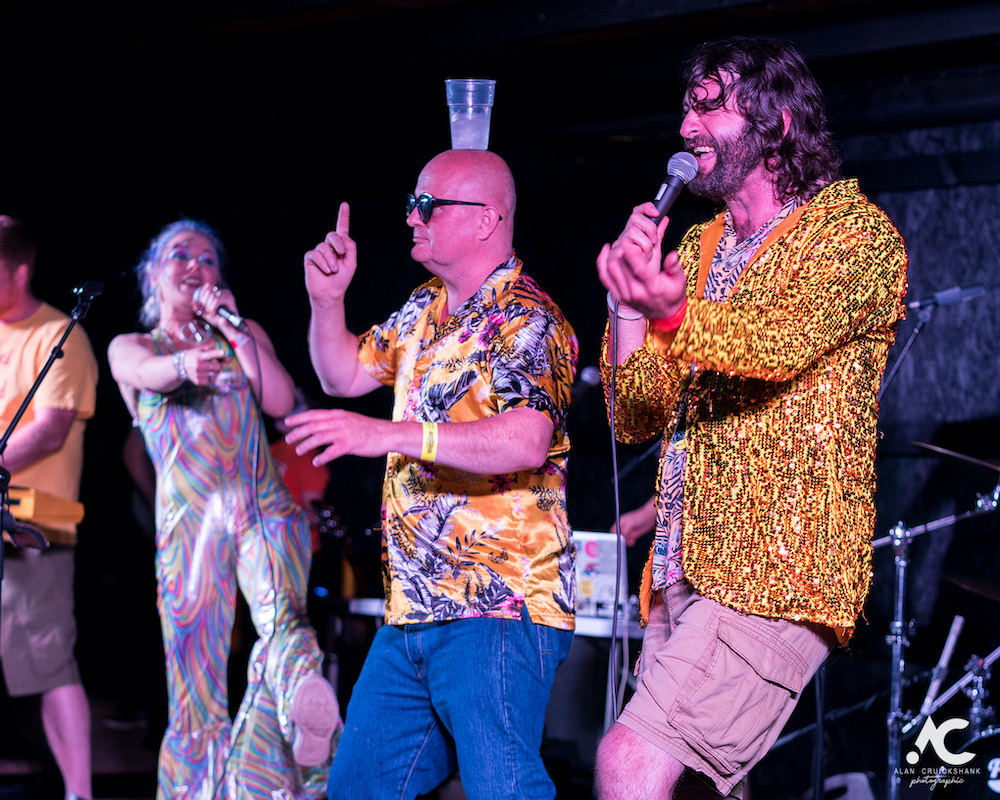 As festivals start to return we relished the opportunity to review Woodzstock 2021.

As the doors start to open to live music, Woodzstock represents one of the first returning festivals (much credit  to the likes of Capers in Cannich and Endospell who have created new events in response to COVID). The omens for Woodzstock are good with a sell-out audience being welcomed by impressively warm weather, a well designed site and even , as Colonel Mustard would comment on later, a midgie free, area 54.

With loads of activities to keep kids busy and a great selection of food and drink available the stage really was set for a great day, and the first act up to start us off was DWR self-described as – Singer / Song writer / Punk troubadour as a solo acoustic act, it was interesting to watch the small assembled crowds faces as they realised they were at an actual real music festival and there is a Punk Troubadour about to sing live! And sing he did, (David William Rosie) DWR-get it… unlike most of the acts to come did not look at all nervous to be on a stage again (or maybe he is a very good actor) and went on to entertain an appreciative wee crowd just starting to get in to things, David has an EP out called “Disco King” and can be found on Bandcamp, please do check him out, you won’t be disappointed.

With the crowd suitably warmed up and ready to go, London based but Scotland born Bethany Nelson was next up, Bethany has a superb voice with great tones and she knows how to use said voice to great effect, lots of strong emotions in her song writing, one of her songs entitled “You Lied” is pretty much self-explanatory to its content, along with a song called “I don’t want to listen to the news” I’m sure you can figure out for yourselves that this was written last year during the pandemic. Wonderful voice superbly controlled and expressed with soulful lyrics, a joy to listen too.

Local artist MoRK was next on the bill; sadly I only caught one song (I get distracted too easily sometimes) and managed to catch a few photographs during that one song so cannot really comment much on his set, but looking at the gathered festival goers it’s safe to assume his set was enjoyed, he was in full swing by the time I caught up and I’m looking forward to catching him again in the future…..when I’m less distracted.

Katie Gregson MacLeod took to the stage next with keyboard and acoustic guitar in hand in an earlier slot than billed, I believe because the next act was still in transit. Katie was joined on stage with Rob McLaughlin on electric guitar and both played a great set, I have only heard Katie once before (my bad) and her voice is beautiful and song writing excellent and heart felt, with Rob singing harmonies the crowd showed appreciation to both artists, there was a gentle Synth Pop vibe to the first half of the set and sounded beautifully different in second half of the set when both were then playing guitars, thoroughly enjoyable set and looking forward to hearing Katie more in the future.

Hailing from Glasgow, Neil Donaldson and Seb Jonsen AKA The Poachers brought a different feel to the afternoon with an acoustic folk type of music, pretty up beat at times and enjoyed by a larger assembling crowd, song titles such as “The ballad of Brian Clough & The last provost of East Kilbride” gives you an idea of the eclectic Folk sound they brought, really enjoyable.

The rockabilly vibes of The Texarkana Playboys plays well against the sun shining down on the hay bales and revellers. The members of the three piece are well established on the scene and it shows as they flow from one infectious tune to another. Whilst the genre is undeniable, the roots are well embedded in Glasgow with songs about going out, love  and even making references to likes of the “Sav Voy”, or the late night job centre!

Making their second full performance at the festival and introduced as one of the best bands that Inverness have ever produced, Lional quickly reminded us what we had been missing. Their songs have always had a strong sense of foreboding and opener ‘Season of Salt’ is no exception. The dedication of ‘Moonlight’ to the band’s friend, drummer Craig Aitkenhead who passed away in May gave added poignancy to the set.

It was the recently released ‘Happy Birthday’ that stood out for us, perhaps that’s the similarities in tone and sound of some of Robert Smith’s tunes or perhaps it’s the subversion of the lyrics and title or perhaps the catchy chorus. Despite not quite fitting in with the general tone of the final acts on the bill, they are received very enthusiastically, clearly supporting the comperes introduction.

The Oxbow Lake Band are, despite the 21 month absence from live performances, a well oiled funk machine, it’s pretty relentless stuff complimented by some nifty moves from lead vocalist Andy Oxbow. At the end, Andy  thanks the crowd ‘you’ve been absolutely beautiful’ as a bunch of junior bananas bounce to the last notes of the set. It’s bizarre, but a lovely reminder that the festival spirit is back..

Co-headliners Colonel Mustard and the Dijon 5 clearly drew the biggest crowd of the evening. They are the perfect party band  and the Barrowland Ballroom Hall of Fame inductees are in good form tonight (are they not always). Superficially they are nonsense, the best kind of nonsense, but nonsense none the less. You could spend some time looking at song lyrics,  meanings, musical talent etc , but we’ll opt for the dancing and laughing for now, that was what was needed and that’s what we did. If you need another mustard fix you can catch them again for Yelloween on the 30th of October.

Esperanza are  infectious ska at it’s very best, it’s hard not to take your eyes of Jessica Combe on bass as she bounces around the stage as much as the guitar cords allow. The audience has thinned out but an adult voice shouts from behind us ‘play us something that we know’ reminding us that not all the children have gone home. Despite this it’s a high octane finish for the night

Special mention needs to go to the food, the stone baked Blazin’ Pizzas felt restaurant quality, and Zepice had an authentic array of Mauritian food with a biryani that was obviously prepared with love. Both did have lengthy wait times, but with adaption of customer expectation this is easily managed. As for the bar, despite a continuous flow of folk and at times temperamental card processing, it was always quick, which is what you need.

Officially the first sellout for the festival and credit to the organising team who have persisted regardless of the significant challenges posed. Woodzstock has certainly found it’s niche in the Highland, the many smiles on well painted children’s faces will attest, as the best small family friendly festival in the Highlands. More of the same for 2022, PLEASE.

Check out more of our photos of the festival. 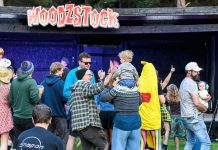 Folk at the Fest Woodzstock2021 – IMAGES 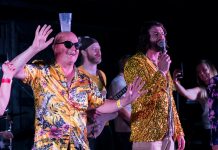