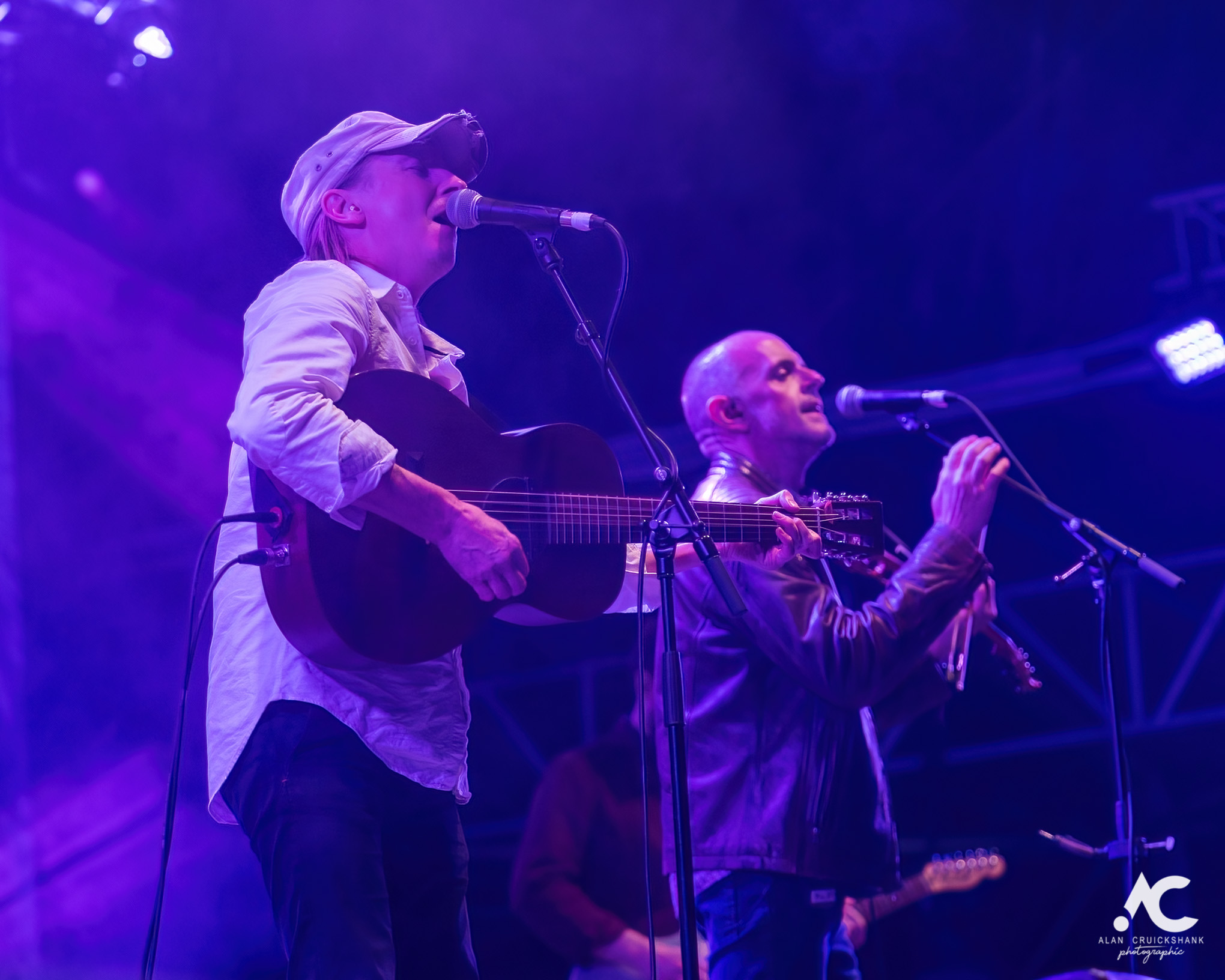 We take a look at the biggest festival to be held in the Highlands for quite some time.

The Gathering 2021 was everything it needed to be for a crowd that needed it!.The build-up, the excitement, the expectation, all felt by not just the 6000 strong crowd arriving at the Northern meeting park, but also the organisers staff & vendors, huge kudos and respect to the organisers for pulling all this together in such trying times.

The City of Inverness Youth pipe band were due to start proceedings on the main stage but for whatever reason this did not happen, therefore local Inverness Trad/Ceilidh band CALA were moved from the second tent stage to open the main stage.

CALA are a young and definitely up and coming Trad/Ceilidh band from Inverness that took to the main stage with some understandable nerves, I first caught these guys at Capers in the Cannich earlier this year where they played in a more relaxed manor. There was a fairly small crowd to greet them this early on in the day but an appreciative crowd all the same, as the band got in to their stride the confidence started to show in their performance, the band encouraged crowd participation for the last half of their set and they duly responded, CALA are a young band worthy of keeping an eye…and ear on.

Firm festival favourites Rhythmnreel were next on the bill and were welcomed by a larger and expectant audience, expectant in terms of a crowd that knew fine and well what was coming, and the band delivered in spades. The band came on to excellent applause and played a quality set as always to a crowd very happy to see and more importantly hear them, there is no need for me to write about whom R&R are or their sound as you already know if you are familiar with the local music scene, R&R’s new album ,Holding Out for Freedom, is out now.

Award winning (winners of the 2019 Belhaven Bursary for innovation in music) Kinnaris Quintet based in Glasgow were next to bring their superb music to the stage. A five piece (clue in the band name) all female ensemble came on and showed exactly why they are award winning, their skills as musicians was immediately evident from the get-go, they delivered a set of Scottish/Bluegrass infused music that was a pure delight to the ears.

One thing that struck me was how together and tight they played, also, for a band that plays traditional instruments there is always a certain expectation of the sound to come, not so much with KQ, they have a sound that delivers something more forward thinking than most trad musicians, there is a grittiness but also beautiful harmonies to be heard too. A superb set that was deserving of a bigger audience was delivered by the quintet, keep your eyes & ears peeled for more appearances by this band, you won’t be sorry.

Trail West and then Torridon were next up, by this time there was a full eager crowd more than ready to party, both bands played high octane and exciting sets as expected from these firm well known and loved favourites, no need for me to say much more than that, the crowd knew what to expect and got it…..full on with gusto aplenty and much audience singing and dancing was enjoyed by both the bands and audience.

Before I forget there was also a second Tent Stage at the opposite end of the park, this was an environment more suited to the sitting down chilling out listening to great music crowd, with the likes of Ali Levack playing together with Mike Vass for the first time and also “MacGregor’s Bar Live at Five But Actually Playing at 6” a much more affable atmosphere was there to be enjoyed for the folks that needed a rest from the more full on main stage, the tent stage was enjoyed by many.

30 minutes late to the stage due to technical issues were everyone’s favourites the Red Hot Chilli Pipers, the Chilli’s came on to huge applause and went straight in to a fast and furious set as their stage time was obviously going to be cut. With a full band and 4 dancers the Chillis came on with intent, that intent being to entertain in a way that the Chillis are well known and loved for, the assembled full crowd reciprocated with equal energy and gusto to the full on relentless set presented to them, kudos to the crowd for their continued energy having already given lots to Trail West and Torridon earlier, but I have to say that in reality the Chillis turned out to be the warm up act for who was coming up next!

I have no clue where this Northern Meeting Park audience got their energy from at this time of the evening (8pm) they have mostly been going at things with great energy since 1 pm but they had loads left for the band that became the real fan favourites of the day….. Skerryvore! And they were up next.

Wow, what a reception these guys got from a very vocal and still energised crowd, from minute one to last the band had the crowds full attention and delight, many a lyric were sung back to the band along with lots of ecstatic dancing and bouncing. Skerry delivered a pretty much flawless catalogue of their well-loved music to a park full of people relishing being at an actual music festival, I really hope the band came off stage buzzing after their performance, they certainly left the audience buzzing.

Closing what was a superb day and night of music was Wolfstone, the last time they played Inverness was 9 years ago as mentioned by Duncan Chisholm, “Note to band….way too long; don’t leave it so long again”. I heard a wonderful one way conversation in a group of people beside the crowd barrier just after Wolfstone played their first song, “There are two kinds of people in this world….one’s who love Wolfstone and idiots” bit harsh but a strong opinion put well that made me chuckle. I won’t go in to set choices etc. it’s Wolfstone! Top Celtic Rock band so you already know the music and it will have been sublime coming from a band that, still in my opinion are at the top of their game.

What can I say to finish, this was a day much needed by music festival and party lovers, it was also a day needed by the bands too, they need to feel the rush again of playing in front of a big up for it audience, the people that work behind the scenes doing light, sound, security, hospitality etc. also needed a gig like this to let them know they have not been forgotten by the hopefully now more appreciative festival goers who maybe did not realise the work that goes on behind the scenes. So once again many thanks and great kudos to Dougie Brown and all the folks that helped him make this day such a success.

Check out the other coverage of The Gathering. 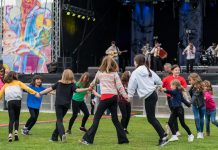 Coming Together for The Gathering 2021 – Images 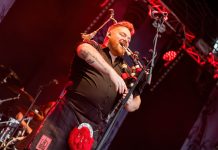