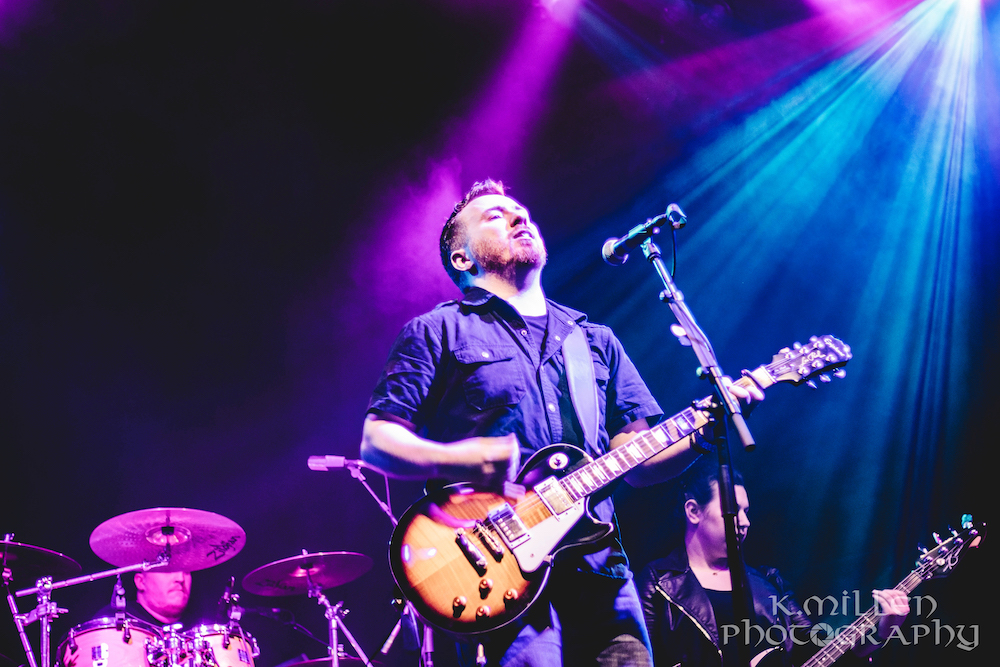 Danny Mortimer joins us as music returns following COVID, for our new feature Back for Good.

Danny is a tenacious character, a singer song-writer from Elgin who inspired by the likes of the Red Hot Chilli Peppers earned his stripes playing with a variety of local groups before stepping out on his own creating his brand of melodic rock. We were delighted when Danny was happy to feature in Back for Good;

It’s been a while, who are you again?

I’m Danny Mortimer, singer songwriter from Elgin playing my own brand of melodic guitar based rock. As a solo act I play a mix of both solo acoustic slots and gigs with my full backing band. Since lockdown hit, I have potentially added two new members to my band, which I really can’t wait to be able to get into a room and begin practicing with.

I have been keeping busy with continually writing new material and reworking some new renditions of the older tracks in my back catalogue.

In ten words, can you describe your story so far?

Motivated, driven and determined to better as a musician

In this new normal, which acts are you most looking forward to seeing again live?

I’ve got a lot of good friends through in the Inverness direction that I would love to get to see play live again! With the fact that live music has been missing for the past wee while, its going to be an exciting time to see everyone again! I’ve always been a massive fan of Lucille, so getting to see them live will be great to see! Plus, I’m interested to see how their new guitarist fits into the fold.

Lucid Liars and Chancers I would love to see playing live again!! I heard Lucid Liars album when it was released, some great tracks on there (with my personal favourite being “All My Time”) that I am interested to see how they perform them live!! Chancers are great live, I’ve caught them live a couple times and always enjoyed their sound. Their use in dynamics is great!! There’s too many to mention…l

Which of your songs are you most looking forward to playing?

I think just now the song I am most looking forward to playing live right now is my latest release, “Opener”. It’s a song that has been around in my setlist for a while and appeared on my last album, but I have re-recorded it and now, it really does pack a punch. I worked on it in my little home studio and re-recorded the guitars, bass and vocals again, layering the tracks so it sounds massive. It features Jack Nicolson (of Lucid Liars) on drums and was mixed by Phil Wiles of Pb Audio.

It was actually Phil that suggested with this extra free time on my hands, I could potentially improve upon songs already in my back catalogue. “Opener” is a track that starts with this huge opening riff, a simple verse and when the chorus kicks in, it kicks into overdrive. With the new additions to my live backing band, this is one I really can’t wait to perform live!!

How have you managed to stay connected with the band and with music in general during COVID?

Trying to keep busy during the pandemic has been the best way for me to be honest. I’m always wanting to try and learn new methods of recording, in which I’m definitely becoming much more comfortable in my own process and getting the sounds that I hope for! I have been sending demos to my drummer (Dave Simpson) so when we are given the green light, we can get into a practice room, learn the songs and hopefully head into a recording situation soon!!

I have been keeping busy with continuously writing and recording demos, aswell as gearing up for my latest release. I released my latest double sided single “Opener/Waiting” as part of my “Through The Sound” series. Over 5 weeks, I am releasing a small documentary series, exploring the writing/recording of each of the releases from my back catalogue (“Out Of The Blue”, “Anything But Silent” and “Just Like Before/Another Light”).

I document as much as I can with whatever I’m doing, so I think it would be really cool for an audience to see the process (more specifically, my way of working) on my music. Sometimes, an audience will only really see/hear the “finished product”, so for me it’s quite exciting to show what sometimes can go on behind the scenes.

So the foreseeable, I have not got any live dates finalised. The main reason being I have just become a dad for the first time. Me and my wife (Amy) spoke about it and during the last few months of her pregnancy, we decided I wouldn’t go out and play gigs in case i was to catch anything and bring it back home, as she hasn’t had her vaccine yet. So now that the wee guy is out, I might see about getting the band back together and taking it from there! My social media links are Facebook and Twitter, all social media links can be found via my website

If you wish to feature in Back for Good, please email invernessgigs@gmail.com.