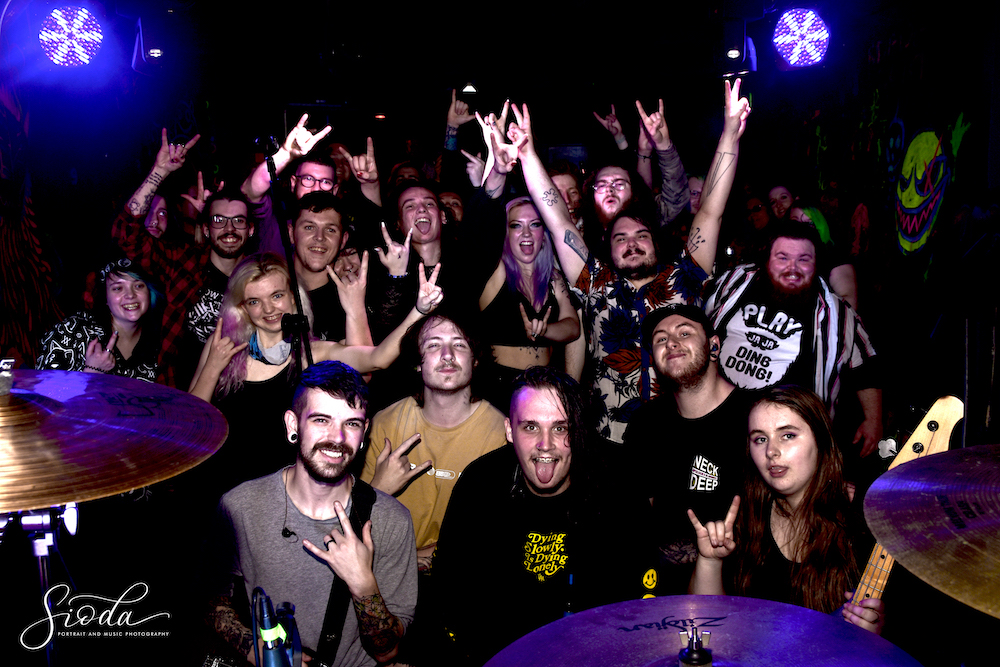 We check out the Outsider Festival at Tooth & Claw, Inverness.

Outsider Art Fest was our first trip back to the Tooth & Claw since the C-word, and certainly it was another C-word that caught our attention first. We were feeling cold or at least comfortably chilled as the new air conditioning unit was in full action, as the venue got busier we still got a bit warmer but not to the extremes of previous evenings.

The event itself had encountered a number of changes to the line-up which left it with a far more local feel, starting with the Steel Panther inspired Bad Actress. They are always a remarkable band whether it is their hair, their confident banter or the retro eighties look. For a young bunch of lads there is nothing contemporary about their music, it is raw and proudly eighties rock. Whatever your tendencies they really thrive in the live setting, with tonight being no different. Catch ‘em live and RAWK OUT.

Our next band was Lucid Liars who have not been working hard to keep the momentum up since the release of their album Happy to be Here earlier in the year and a series of recent gigs including playing Perth and Glasgow recently. A prolonged soundcheck didn’t bode well and whilst it impacted on their setlist they did recover to put in a solid performance for the evening. The Edwyn Collins cover created a very different interpretation of the classic track, but our ears were certainly drawn to the original material.

We did not have a clue what the expect from Peplo, and we were certainly impressed. The vocals of Cit Lennox are stunning and help with The Cranberries similarities although as a whole Big Country also come to mind. Cit appeared genuinely emotional gigging again and this certainly added to the intensity of the music. With the strong folk influences Peplo’s sound has a contemporary fresh twist and certainly earned the attention of the audience from beginning to end.

The Thurso based four piece indie rockers, Forgetting the Future are a well oiled machine who despite their enforced absence from the scene consistently impressed with an array of tracks. It might be that the Arctic Monkeys and in particular My Chemical Romance reference points were too obvious, but that did not distract from the general  quality on display. Given their performance their plea to get the audience to buy forthcoming EP Snakeskin Grin would not fall on deaf ears.

At this point we had to take our leave, and to our disgrace missed the last couple acts (even though Octopus Montage’s soundcheck sounded awesome in a growly intense sort of way) and the after party DJ’d by Kaseon who was promising a contrasting funky set to end off the evening.

Outsider Fest is an ambitious project by Earth-616 Promotions that has battled various issues over the years (including the aforementioned C word), but tonight witnessed a well run and almost capacity event that showed the local music scene in it’s best light, working together to put on a great evening of music, entertainment and art. Job done.

You can check out Earth-616 next event here.