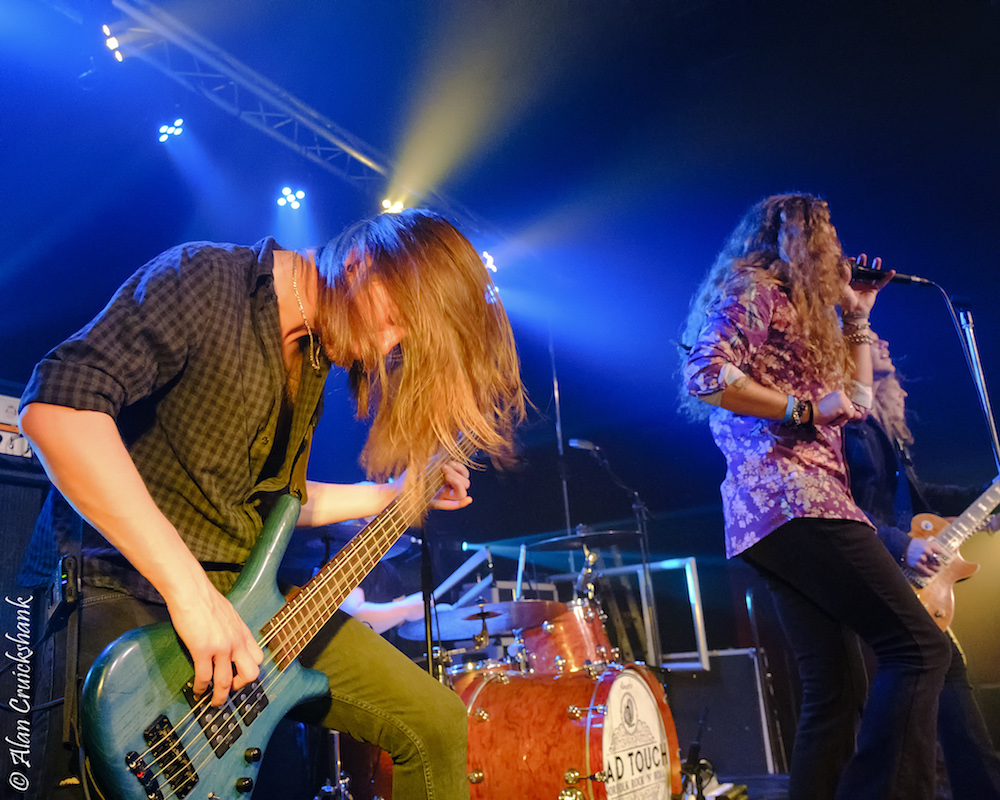 Ahead of their gig at Monsterfest 2021 in November, Bad Touch answers a few questions for IGigs.

The band call upon influences such as Hendrix, Led Zeppelin and Queen, and are unabashedly classic rock. Indeed since forming in 2012, Bad Touch have toured with many high profile acts including Skid Row, Quireboys and King King.

A review of their latest album 2020 ‘Please Kiss the Sky’ concluded ‘If you are at all moved by classic rock, you should make room on your shelf for this record’. Their last visit to Inverness saw our reviewer enthuse “Frontman Stevie Westwood is as charismatic as they come, slinking and grooving on the stage with the vocal pipes to match. It’s not all balls out cock rock either, the slower tunes have buckets of passion”

Well we just want people to have a good time, the majority of our show is all about having fun and enjoying some feel good rock n roll.

Great!! It’s so good to be back on stage again, it’s been to long! I think for us we’re most looking forward to playing anything off the last album ‘Kiss The Sky’ as it came out at the beginning of the first lock down so we haven’t had a chance to really play a lot of the new stuff live.

Monsterfest is a showcase of rock and it’s many facets, how do you feel about the current rock scene?

Good and sad to be honest, there’s some great young current rock band doing so well and achieving amazing things at the moment which is great and so good for the rock scene in general but at the same time the sad thing has been covid, covid I think has affected some band and venues and made it really hard to move forward or carry on. I just hope we can all pull together and make sure the rock scene comes back stronger than ever.

Monsterfest is jam-packed with talent,if you could steal one song from other bands performing at the event, which would it be?

It would probably be Killed by Love by FM. I remember when we toured with them that song was so infectious and would always get stuck in my head, which is what you want from a great song haha.

Well hopefully some of you enjoy the show so much that you’ll grab tickets for our upcoming ‘Better Late Than Never UK Tour’! (details here)