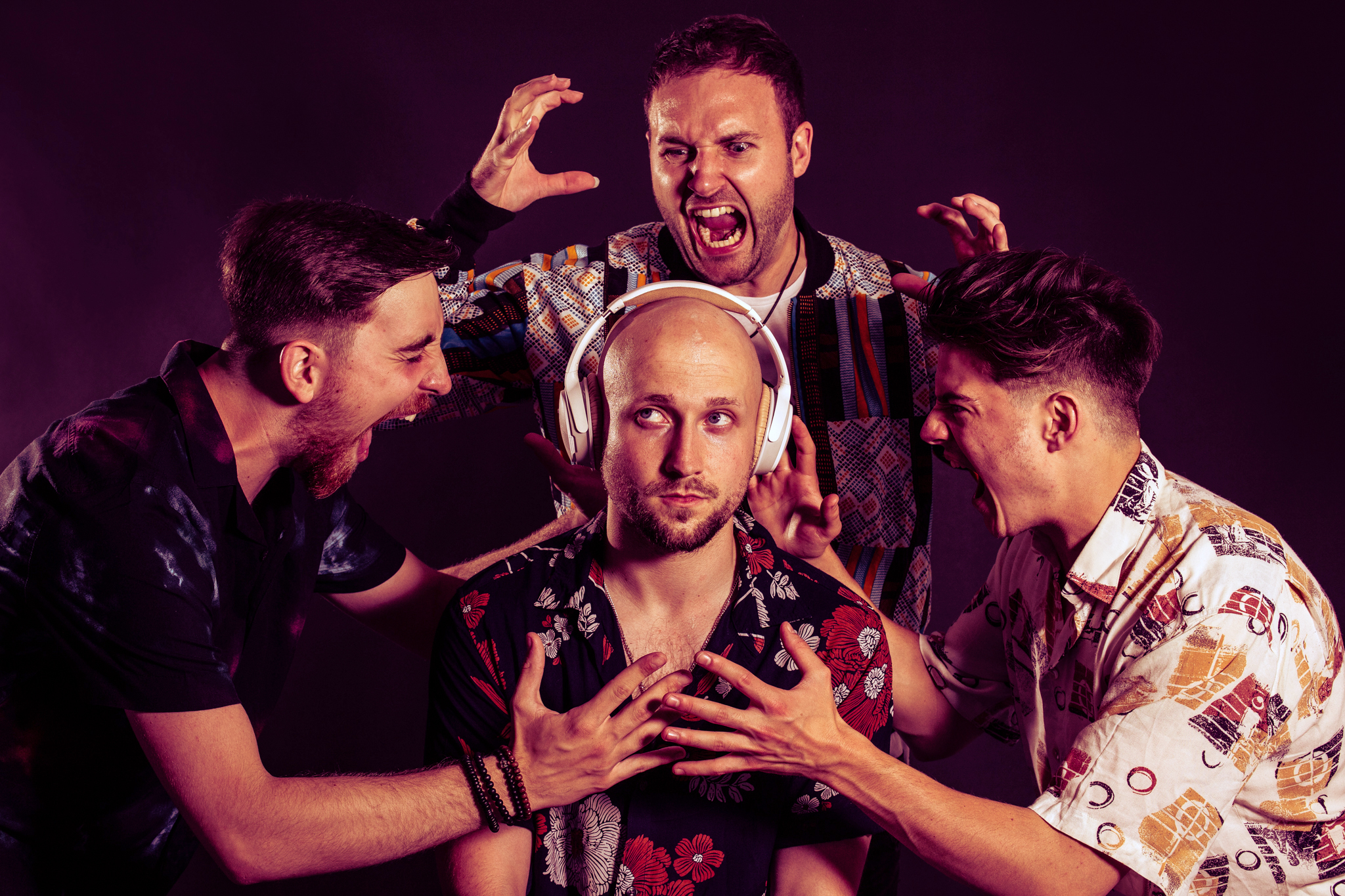 Ahead of their gig at Monsterfest 2021, Black Star Jackals answer a few questions for IGigs.

Emerging from Glasgow in 2019 the alt-rock four piece have charged into the scene headlong, taking influence from current giants of the scene such as Biffy and The Foos but bringing their own brand of infectious melodies and hard rock vibes. Metal Planet concluded from their review of their most recent EP that “With their massive crossover potential and stellar material, it looks like Black Star Jackals are assured of the big leagues.”

I think the best way to describe our sound would be “a modern take on something familiar”. If you’re a fan of arena rock, bands like Foo Fighters, Biffy Clyro, Pearl Jam, Muse etc. you’ll likely connect with our music, but also recognise something different and unique about our sound, which is a blend of a very wide range of styles. Live, we don’t hold back! You’ll get max energy and feel good vibes from our show, we promise!

If you’re in a rock band then it’s pretty much all about playing live. That’s why we do this, so to finally get back to gigging a few weeks ago (21 months after our last gig pre covid!) was just such a release. Our newest song Hollow is our fastest, heaviest song yet and we’ve decided to open our shows with it to kick things off with a bang.

Monsterfest is a showcase of rock and it’s many facets, how do you feel about the current rock scene?

Rock is definitely making a resurgence back to the mainstream. You can see it more and more with the rise of pop punk and with pop songs beginning to feature REAL instruments again. The rock scene in Glasgow is arguably one of the strongest in the UK so we feel lucky to be based there and surrounded by so many amazing bands. It’s really inspiring and makes for great gigging.

Monsterfest is jam-packed with talent,if you could steal one song from other bands performing at the event, which would it be?
Big fan of Those Damn Crows and their new album is sick. Be happy with any of their tunes but Sin on Skin is particularly awesome.

Do Jackals count as monsters? What about a really big Jackal!

Just wanna say how honoured we are to be playing Monsterfest, sharing the stage with some of our musical idols. We’ve only played Inverness once before but it was one of the best gigs we’ve done so can’t wait to get up there and play to that crowd once more!