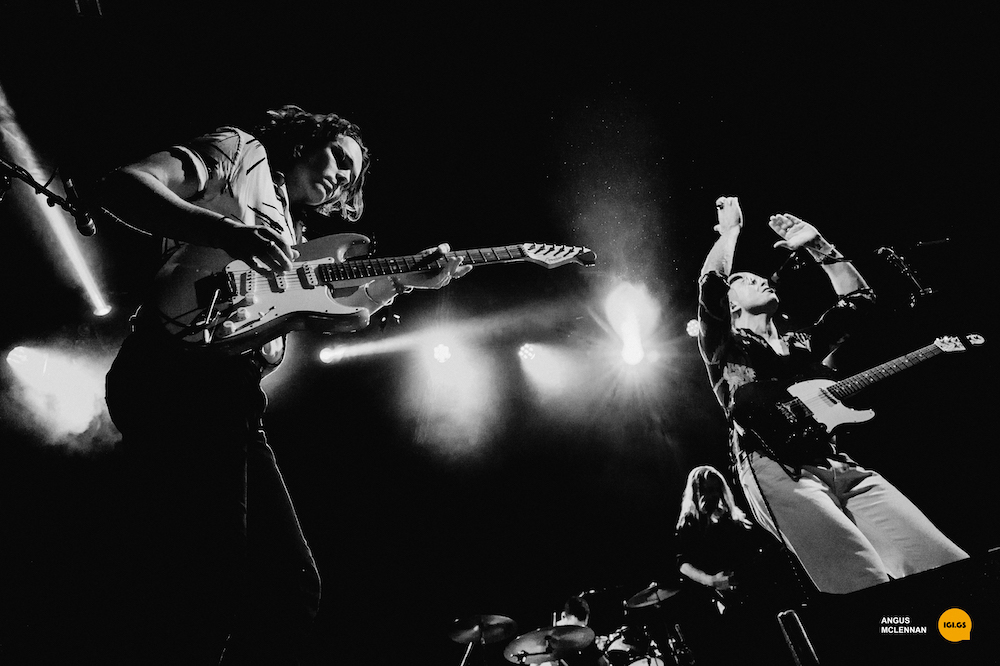 DAYTIME TV, with support from Blue Violet, at Ironworks ,Inverness.

Whilst Sarah Gotley’s vocal initially draw you into Blue Violet, it’s the tightness of the band and the unpredictability of the tunes within the comfort of their rock influences that keep you there. The band shift emphasis during the set, songs like ‘Undercover’ really showcasing Sarah, however ‘Winter’s Day’ is certainly more of a duet with her husband Sam, who also balanced melodies and guitar duties during the set.

The band pay respect to the area, recalling their set the Grassroots stage of Belladrum and also calling on Edwyn Collins for one of their covers, ‘Girl Like You’ which certainly does swirl around giving a new life to a track that is arguably already perfect. Quite a feat.

The front row of the audience had been waiting for the headliners from early doors and you could see anticipation grow as the three old style TVs on the stage turned themselves on and started to glow with static.

Despite the name change, perhaps a more important dynamic for the band than their audience, DAYTIME TV’s set list is littered with tracks from their former days. Cheers of recognition for the first notes of ‘Charlotte Street’ and the dancing to ‘Paper Heart’ highlighted that the audience were not yet ready to give up on the past quite yet either.

John Caddick ,on guitar, was certainly finding it hard to stand still and really echoed the sense of a band that were unleashed from the constraints of COVID and ready to give it their all. The set was warmly received by the crowd and Will spoke fondly of the venue describing it as ‘the heart beat of the city’.

The sense of being unleashed can be seen in their push of new material in the run up to their debut album due in late February 2022. Most recent release ‘Hush’, out this week, follows fast in the footsteps of ‘Ugly’ and ‘communication’, all three of which are given an airing during the set. An acoustic version of ‘Ugly’ is rewarded a reprise as the pre encore set ender. Another new release for 2021, ‘Zombie’ ends the gig, it’s commentary on the state of society, results in an emotional end to the night.

It was a triumphant return to the venue for the band. And yes, DAYTIME TV, we are watching. 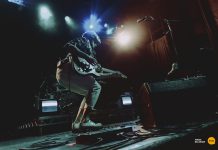